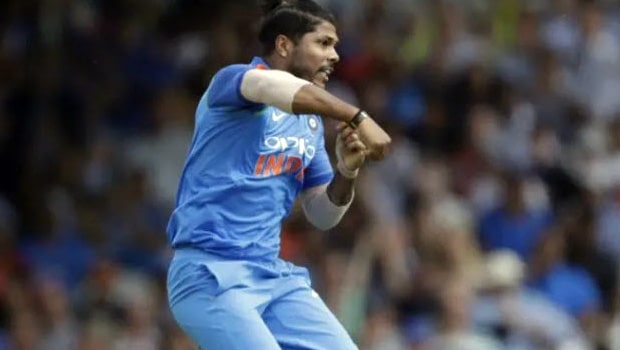 Umesh Yadav was added to India’s squad for the last two Test matches against England on Monday. He was sidelined from action after getting injured during during India’s tour Down Under.

However, he has cleared a fitness Test now and has been added to the squad for the final two Tests to be played in Ahmedabad. He will be joining the side in place of Shardul Thakur, who has been released from the squad.

“Team India fast bowler Umesh Yadav appeared for a fitness test on Sunday, 21st February at Motera. He has cleared his fitness test and has been added to the squad for the last two Tests of the ongoing Paytm India-England Test series.

“Shardul Thakur has been released from the squad to take part in the Vijay Hazare Trophy,” BCCI stated in an official press release.

Umesh has been a real weapon for India in home Tests. 96 of his 148 Test wickets have come in home conditions, at an average of 24.54 and strike-rate of 45.7. He will be looking to continue his superb performance as India take on England in the last two Test matches, with the series equally poised at 1-1.

This match is going to be a day-night encounter and is going to be played at Motera, which is the largest stadium in the world right now with a seating capacity of 110,000. It has now surpassed the iconic MCG in Australia.

The last day-night affair, which they had against Australia in Adelaide during their last tour, didn’t end up well for them as they had been bowled out for their lowest total (36) ever in Test history. So the hosts will be looking to improve their numbers in this match.

Moreover, they also need to win the series by at least 2-1 margin to reach the final of the World Test Championship, which will be played at the Lord’s in June.