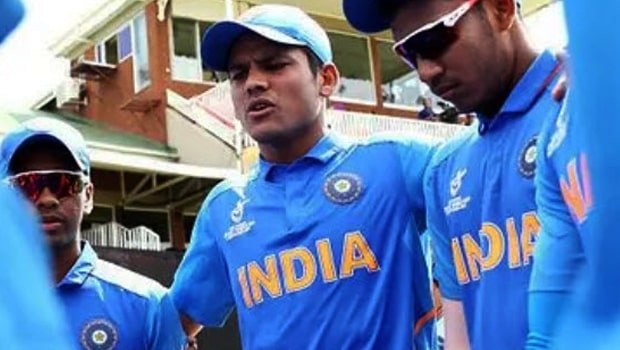 Garg’s comment is following their rival’s title triumph at the Under-19 World Cup in South Africa. Bangladesh dislodged India as the defending champions with a three-wicket win.

According to reports, some of the Bangladeshi players were carried away with their historic win over India.

Although, skipper, Akbar Ali, has apologised to Garg for the incident he described as “unfortunate. ” The India skipper, on the other hand, felt it was something that should not have happened.

Speaking on their reaction to the loss, he said his lads were easy as part of the game is to win and lose some, but expressed disgust over their Bangladesh’s reaction.

Speaking with Cricinfo, Garg said that during the match, Bangladesh players were overtly aggressive while fielding. He gave an instance of where their lead pacer, Shoriful Islam was sledging the Indian batsmen after every delivery.

In their approach to the win, Bangladesh players were caught swearing multiple times on camera.

In a show of maturity, Ali apologised on behalf of the players, saying their emotion came out in the final as the boys were getting ‘bumped’ sometimes.

Condemning the behaviour, Ali, who scored an unbeaten 43 in a high-pressure situation, said youngsters shouldn’t be seen behaving in such manners that don’t show respect to opponents, adding that cricket is known as a gentleman’s game.

India and Bangladesh have been involved in close games for over two years. India has been the better side, especially on two important occasions -the Asia Cup final and tri-series final last year.

Speaking further, Ali said it is on the background of their recent losses to India that the players are jubilating, having finally got revenge.

Bangladesh surprised many to win the tournament, having been referred to as the surprise package.