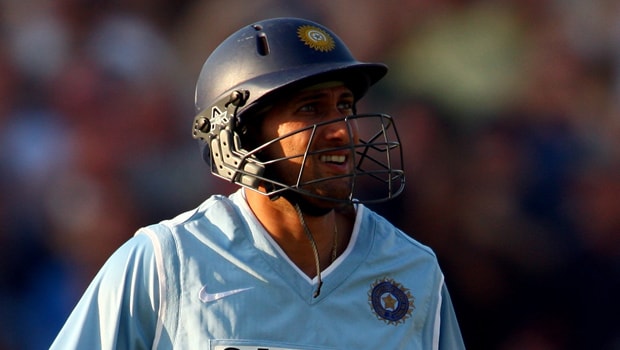 Former Indian fast bowler Ajit Agarkar reckons that the use of saliva can be allowed if all the players are tested negative for Covid-19 before a match starts. ICC Cricket Committee which is headed by former Indian spinner Anil Kumble had recently recommended the ban of saliva after consulting with medical experts.

Subsequently ICC Cricket Executive Committee decided to approve the recommendation and banned the usage of saliva during the Covid-19 era. It is well known that all the players will be tested for the coronavirus before the start of the match. Thus, Agarkar feels it would be safe to allow saliva usage if the players are tested negative.

In fact, former Australian opener Matthew Hayden had also spoken on the same lines and had suggested that saliva can be used by the players. Hayden had added that ICC should allow the players to use saliva if they are virus free.

Agarkar, on the other hand, feels that the medical expert can give the best advice on the subject.

“My only contention is that players who will play, will eventually be tested before the game starts. If they are found to be COVID-19 negative then I can at least consider that it will be then safe to put saliva on the ball,” Agarkar told PTI during an interaction.

“This is my opinion and probably someone from the medical field can give us a broader view on the subject,” the 42-year-old added.

Agarkar added that it is not going to be easy for the bowlers as they won’t be able to swing the ball without the sweat. Thus, if the ball will travel in a straight line, then it would be a boring contest and the bat will have its wood on the ball.

Meanwhile, the upcoming series between England and the West Indies will give an indication to how things will pan out in the future. A lot of former and current players want ICC to come up with an alternative to saliva. However, the governing council is not ready to allow external substances to tamper the ball.

Some cricket pundits have suggested that wax can be used to shine the ball. Furthermore, some ex-cricketers have mentioned that two new balls can be used or a ball can be changed after 45-50 overs so that the shine remains on the ball.

Umpires will also give two warnings to the team if they are found using saliva on the ball. The umpires will award five penalty runs to the opposition if the incident is repeated on the third occasion.