“Vaccination should be done for the players also”: BCCI Vice-President Rajiv Shukla 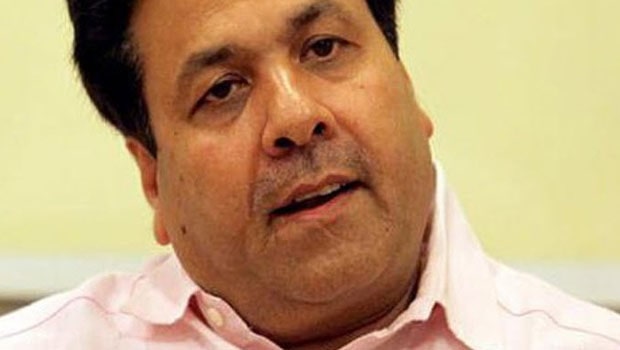 The rapid surge in coronavirus cases a mere few weeks before the Indian Premier League commences has left the BCCI and its organizing partners in a bit of a pickle. Delhi Capital’s Axar Patel and Royal Challengers Bangalore’s Devdutt Padikkal have tested COVID positive and will be missing the first few matches of the season until they’re completely healthy and fit to play.

Uncertainty continues to loom over IPL 2021 as India hits worse numbers than it did during the first wave of infection. Four of the eight IPL teams are currently based out of Mumbai where the recent surge of Coronavirus has hit the hardest. Concerns regarding hosting matches in Mumbai has forced the BCCI to consider Hyderabad and Indore as potential backup options in case the situation worsens even more.

Speaking to the press, BCCI Vice President Rajiv Shukla talked about the idea of getting vaccinations done for the players during the tournament. He also revealed that the BCCI is considering the idea seriously and will get in touch with the Health Department and the necessary authorities to explore the possibility of this.

“In order to cope with this coronavirus rise, I think the only solution is to get vaccinated. BCCI is also thinking on those lines that players should be vaccinated.

“Nobody knows when coronavirus is going to end and you can’t give a deadline that by this time frame, it will not be there, so players can play easily. So, I think now will have to think over that. Vaccination should be done for the players also,” Shukla said according to NDTV.

Rajeev Shukla also stated that India’s top cricketing organization is constantly monitoring the situation. BCCI is keeping an eye on all the six venues where IPL 2021 matches are supposed to be held. Mumbai, which was supposed to host 10 matches in the almost two-month long affair is the primary point of concern for the organization.

“We are keeping a close eye on each venue regarding Covid-19 cases, as of now no decision has been taken but Indore and Hyderabad are on standby. Will see what to be done, health and safety of players is of utmost importance,” BCCI VP further added.

It remains to be seen how the IPL progresses this season over the course of the next couple of weeks. What remains pretty clear is that the BCCI might have to force their hand and make some strong decisions in order to protect the players and staff and everyone involved.