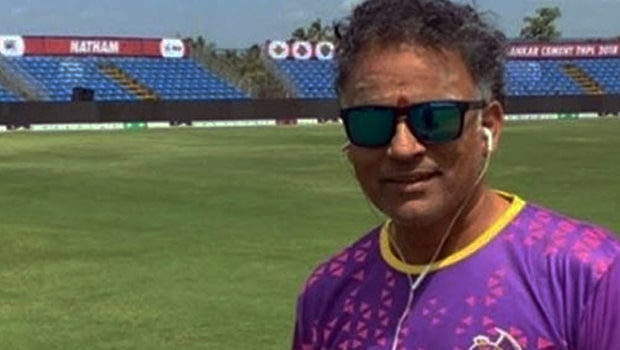 Former India and Tamil Nadu cricketer, VB Chandrasekhar, who was also a part of the National selection panel between 2006 and 2008, has been a well-known figure during the last decade as well for his involvement with franchises in the Indian Premier League and the Tamil Nadu Premier League. He has been at the heart of the formation of several T20 tournament structures in the country during this period. However, his life came to an unfortunate end on Thursday as he committed suicide at his Mylapore home in Chennai, as per claims in a latest police report.

“He was under pressure on account of his financial situation. He had invested Rs 3 crore in the Kanchi Veerans TNPL team. A month ago, he had received a notice from the bank. He had accrued a lot of debt. He had mortgaged his house too. He even had tea with his family at around 5: 45 pm before going to his room,” investigating official Senthil Murugan of Mylapore Police confirmed to The News Minute

Chandrasekhar was one of the pioneers of aggressive batting in India cricket team during the late 1980s. His 56-ball century against Rest of India during the 1988 Irani Cup set the record for the fastest century in India’s first-class competition at that time. He amassed a total of 4999 runs at an impressive average of 43.09 during a first-class career that lasted 81 matches. Chandrasekhar had also played a vital role in Tamil Nadu’s Ranji Trophy triumph in the 1987-88 season, during which he ended up as their third highest run-getter with a total tally of 551 runs. That was Tamil Nadu’s second Ranji Trophy title and Chandrasekhar is remembered for his knocks of 160 and 89 against Uttar Pradesh and the Railways in the quarterfinals and the final respectively.

He earned a place in the Indian ODI team on the back of such a terrific performance in domestic cricket. However, his career with the national side lasted for just seven ODIs during which he amassed only 88 runs at a dismal average of 12.57. But these runs did include a typical Chandrasekhar knock of 53 off 77 deliveries against New Zealand at Indore.

After his playing days were over, Chandrasekhar also served as a representative of the South Zone in the national selection panel from 2004 to 2006. Moreover, he also shaped the future of the Chennai Super Kings in the IPL as he was the one to make the winning bid of USD 1.5 million for MS Dhoni during the auctions of the inaugural edition of the IPL. He served as their cricket manager for a long time. Chandrasekhar also served as the coach of the Tamil Nadu cricket team during the 2012-13 season. He also had commentary stints in various tournaments. So, Chandrasekhar was an all-rounder who made key contributions almost in every area of Indian cricket.

His sad demise has left the Indian cricket fraternity in shock. Various former and present Indian cricketers, from Krishnamachari Srikkanth to Suresh Raina, have mourned his death.

Deeply Saddened to hear the demise of my opening partner and friend – VB ! Too soon and shocked! heartfelt condolences to his family!

Deeply saddened and shocked to know about the demise of my good friend VB Chandrasekhar. Heartfelt condolences to his family. May his soul RIP.

Extremely sad & shocked to hear about the passing away of VB Chandrasekhar sir. His consistent efforts made it possible to set the right foundation of the CSK team. He always encouraged & believed in us since very beginning. My deepest condolences to the family. pic.twitter.com/g2mtq8wRos

Chandrasekhar is survived by his wife and two daughters. His death leaves a big void in his family and in the entire Indian cricket fraternity as well.