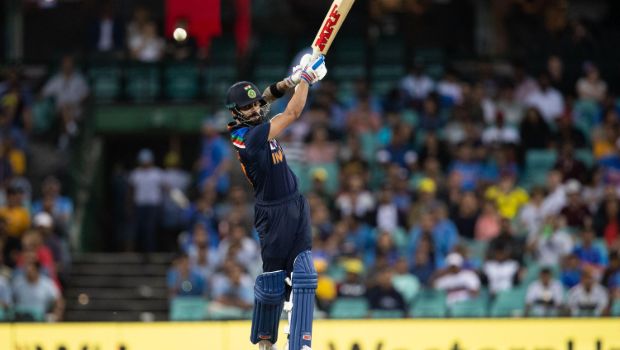 Sachin made and broke a plethora of records during his halcyon days whereas Kohli has followed suit. Sachin carried the huge expectations on his shoulders and mostly delivered the goods for the team.

On the other hand, Virat Kohli is one of the most consistent batsmen of the current generation, especially in the limited overs format. However, there is a lot of difference in the way Sachin Tendulkar played and Kohli plays. Sachin was known for his sedate approach while Kohli is known to take the bull by its horns.

Sachin never showed much emotions in the field whereas Kohli wears his heart on his sleeve. Kohli is always expressive and aggressive and doesn’t shy away from having a word with the opposition’s players. It brings out the best in him and that’s the way he plays his game.

“They are both brilliant individuals, honestly speaking. On one side, Sachin was very soft, and of course, Virat comes out aggressive, but it’s not his nature. It’s just on the field because he wants to win and perform in every single game,” Prasad said while talking to Grade Cricketer Podcast.

“So did Sachin. He wanted to do well in every single game. You don’t really see many emotions from Sachin. We never saw any, whether he scored a hundred or got out for a duck, whatever. Even when he gets hit, we don’t see much emotion, whereas Virat is someone who likes to express himself,” Prasad explained.

Prasad also revealed an interesting anecdote about Sachin Tendulkar, with whom he shared the most of his career. Prasad stated that Tendulkar always lived in the moment and it brought the best in him.

“One incident I would like to narrate here. Sachin once got hit in Sharjah with the new ball and Wasim Akram was bowling. He gets hit on his helmet. It was a quick ball, probably bowled at 145ish. So, he didn’t expect it, and by the time he reacted, he got hit on his helmet. And he just walks towards the leg umpire and shakes his head. Nothing, he doesn’t do anything. He doesn’t even remove the helmet, just holds his visor and gets the helmet in place,” Prasad narrated.

He comes back and takes the strike and the second ball, it’s a new ball and Sachin is opening. The second ball again, Wasim bowls a bouncer. Same typical pace, same length and it’s coming at the height of his head. Perfectly targeted but Sachin hits it for a six. Again, no reaction from Sachin,” Prasad mentioned.