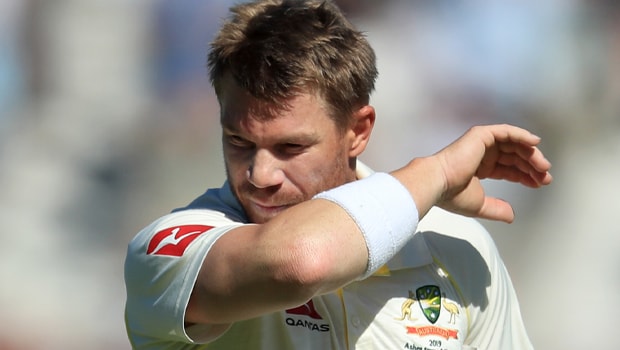 Australian opener David Warner is optimistic of playing in the Indian Premier League if the T20 World Cup is postponed. Warner, who is the most successful overseas batsman in the IPL history, stated that he would like to be part of the glamorous T20 league if he gets a green chit from Cricket Australia.

Warner will be leading Sunrisers Hyderabad in the IPL and he will take over the baton from Kane Williamson after two seasons. Meanwhile, there are good chances that the T20 World Cup will be postponed as Cricket Australia chairman Earl Eddings recently stated that the plans to host the global event are ‘unrealistic’. It would be difficult as 15 teams will need to travel to Australia and then all the 16 teams will need to travel across the different venues.

“If it is unlikely if the World Cup can’t go ahead, then I am very sure and positive that we will be able to come and play in the IPL if that replaces the World Cup schedule,” Warner was quoted as saying by ‘India Today’.

“If that permits us from Cricket Australia giving the go-ahead to go over there, I am sure we will put our hands up and come and play cricket which at the end of the day is what we love.”

Interestingly, Australia’s domestic tournament Sheffield Shield will also begin in October. In fact, former Australian captain Ian Chappell recently stated that the big Aussie players who are paid well by the board should prefer to play the domestic circuit in place of the IPL as their obligation should be towards their board.

On the other hand, former Australian skipper Mark Taylor feels that Cricket Australia should make a deal with the BCCI that they will allow their players to play in the IPL but then the Indian team will need to tour Australia in December. As per the latest reports, there are good chances that India’s tour to Australia will take place.

The Indian board has started planning for the IPL but the picture would be more clear if the ICC takes a final call on the T20 World Cup. BCCI president Sourav Ganguly has stated that they will look to host the event behind closed doors. The Indian board is also open to host IPL overseas and UAE cricket board as well as Sri Lankan cricket board have extended helping hands to stage the league.