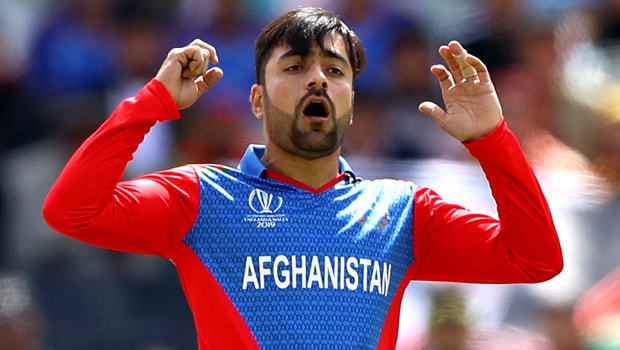 One of the best T20 spinners in the world, Rashid Khan feels it is difficult to bowl at the likes of Virat Kohli, AB de Villiers and Andre Russell and Chris Gayle. It is a different ball game altogether when one is bowling to these attacking batsmen and a bowler must be on the top of his game against these batters.

Meanwhile, Rashid Khan, who plays for Sunrisers Hyderabad has done a fine job in the Indian Premier League. The leg-spinner has a quick arm action and it is not easy to pick his variations. The prodigy spinner has scalped 55 wickets in 46 IPL matches and he has bowled with a staggering economy rate of 6.55.

Rashid had made his IPL debut back in 2017 against Royal Challengers Bangalore and he had conceded 36 runs in his quota of four overs but he also snared two wickets.

Rashid recalled that he played in the Bangladesh Premier League before the IPL but the latter league throws difficult challenges because of the world-class players. The leg-spinner added that the small grounds make it difficult for the bowlers to keep the run-scoring in check.

“My debut was against you guys (RCB). I got hit for a boundary for the first ball. It was a tough match for me as there was dew in the ground. I was nervous, when I got my first wicket I gained confidence and after getting the second wicket I was enjoying the bowling,” the spinner said while talking to Yuzvendra Chahal on Instagram.

Bowling to Virat bhai, Chris Gayle, ABD and Russell is very tough on small grounds. You don’t get much support from the wicket and boundaries are short too so before the match these things come in mind,” he added.

Rashid has dismissed Virat Kohli once in the IPL whereas Kohli has scored 12 runs off 14 balls against the SRH spinner. On the other hand, Gayle has scored 61 runs off 32 balls versus Rashid Khan whereas the leg-spinner has dismissed him twice.

AB de Villiers has scored 41 runs off 32 balls against Rashid Khan while the spinner has got rid of the RCB batsman on two occasions. The leg-spinner has dismissed Andre Russell on a solitary occasion whereas the hard-hitter has eight runs from eight balls.