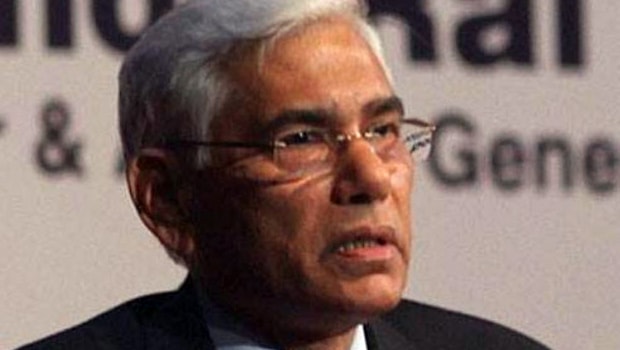 Vinod Rai, the former chairman, Board of Control for Cricket in India (BCCI), and Committee of Administrators (CoA) has revealed why former captain Rahul Dravid turned down Team India’s coaching offer, after Anil Kumble’s tenure came to an end.

It could be recalled that Kumble, who is the current ICC chairman, resigned from the role after his relationship with skipper Virat Kohli went sour. The BCCI approached Dravid through the CoA, but he turned down the offer due to personal reasons.

Speaking with Sportskeeda in a Facebook live session, Rai pointed out that Rahul was very upfront with the board said the former skipper said he wanted to give his family the needed attention this time around, especially his two growing boys, having sacrificed a lot with the Indian team during his playing days while traveling around the world.

With Rahul citing family reasons for his decision, Rai said the former skipper was very much in the zone of consideration for the job.

He further revealed that another reason Rahul cited was to complete the job he started with the Indian under 19, and the board had to offer the role to the current head coach Ravi Shastri, who took it.

Rai, who admitted that Rahul, Shastri, and Kumble are the best in the coaching business, noted Rahul had developed a roadmap with the under 19, as he was producing fantastic results and wanted to continue his unfinished task with the Colts.

Rai also lauded the former skipper for his commitment to the National Cricket Academy (NCA) after being appointed as the head of cricket in July 2019. Rai added that Rahul was very kind and very gracious in accepting the role.

India’s under 19 lost their World Cup title to Bangladesh in the last final played in South Africa.