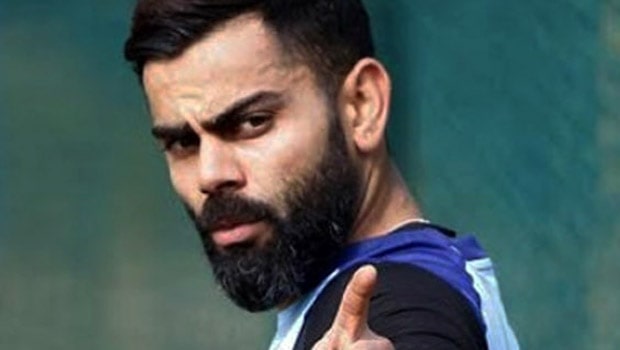 Ahead of the India Premier League (IPL) opening game that will hold in the United Arab Emirates (UAE), let’s look at the plethora of runs scored by Royal Challengers Bangalore in the tournament.

Royal Challengers Bangalore has been in the past 12 edition of the IPL, and they have always been at the top of the run charts.

India captains RCB, Virat Kohli, who had recently interviewed, said he felt great ahead of their opening game unlike before. Now leading a star-studded squad that is yet to the title, it is hoped that their impeccable batting line-up will smile this time around, having demolished every opposition multiple times in the tournament’s history.

It could be noted that sometimes their batting order crumbled, but it has been up to expectation on several occasions. This has made it possible for the RCB batsmen to enjoy their outings out in the middle to the delight of the fans as well,

Their performance has given the fans many many cherish moments as they became a headache to the oppositions.

Here are the top five run-getters for the Royal Challengers Bangalore in the past 12 IPL editions:

The Indian captain has been described as run-machine. Kohli, who is not under any pressure of breaking records, has been on a different level than most others in scoring runs in the IPL.

Already a household name in the international arena, the big hitter has replicated his class in the IPL, translating to tremendous success.

The franchise’s skipper has proved to be a prolific batsman with 5,412 runs scored for RCB so far. Apart from topping the run charts across teams, he is also the current highest run-getter in the competition after 12 editions from the 177 matches he has played for RCB.

Part his runs include 5 centuries, which took him just one short of Chris Gayle’s 6. He also has  36 fifties averaging 37.84.

The top batmen are behind Kohli, with 3,724 runs garnered from 126 matches.  ADV, as he is usually called, is one of the most admired foreign cricketers in the IPL.

His sensational run at RCB after a three-year stint with the Delhi Daredevils had seen him score 3,724 runs at an average of 41.84.

He has also had a successful partnership with Kohli, which often brought the opposition down to their knees.

His devasting batting has made him be described as the cleanest striker of the ball with a strike rate of 159.55. He also garnered a couple of centuries and 30 fifties.

He might not be getting buyers in the IPL, but Gayle is regarded as the ‘most destructive batsman.

Gayle had his prime as a batsman in the IPL during his first stint with RCB from 2011 to 2017, and he played mind-boggling knocks in the tournament’s history.

His average is also phenomenal at  43.32. Another interesting thing about his stat is that five out of his six centuries was during his stint with RCB. He had the best time of his career when he recorded a strike rate of 152.72, which he achieved with absolute ease.

Apart from hitting the most sixes in the competition (326), Gayle struck 239 while playing for  RCB, and he also has 19 fifties.

Kallis is regarded as one of the best all-rounders of the game, who was also exceptional in the IPL.

Kallis spent four years with RCB before retiring as a Knight Rider in 2014. During his stint with the franchise, he was a core member of RCB, especially from 2008 to 2010.

He also showed an impact when he played in RCB colours with a steady average of 31.44, and a decent strike rate of 112.19.

Kallis, who got RCB out of troubles on several occasions when they struggled during the initial phase of their batting, has ten fifties in his record.

This is another Indian former player who scored over 800 runs for the Bangalore franchise in the IPL.

Dravid, a former Indian captain, was known for his resilience and never said die attitude during his six years of participation in the IPL.

Dravid, who spent his initial three-year career at RCB, scored 898 runs in 43 matches while mostly playing the anchor’s role.

He helped the team out of troubles as well by scoring his runs at a decent average of 26.41 and a strike rate of 122.84. He also has four 50s and brought his vast amounts of experience and stability to the side.