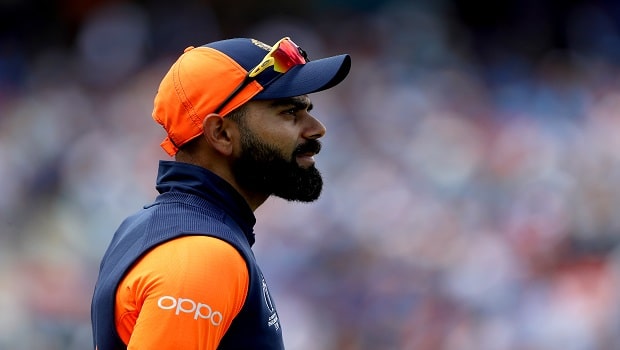 Another glorious decade of cricket will come to an end in a week. We have seen numerous mesmerizing performances during this period across all disciplines and all formats of the game. But one man who has never ceased to amaze us is the Indian skipper Virat Kohli. This decade has seen the rise of many amazing players but none have been able to reach Kohli’s levels.

The 31-year-old has dominated batting across all formats since his arrival to international cricket. He took the first couple of years of his career to establish his footing in the international arena. However, there was no stopping him once he got accustomed to the rigours of international cricket. The period after 2010 saw him breaking numerous batting records and reaching many milestones.

In fact, if we break it down to his actual tally of 42 ODI hundreds and 52 fifties, none of the batsmen come even close to matching this record. The closest is Rohit Sharma with 28 ODI hundreds and 39 fifties. Kohli’s T20I average also goes on to show his unreal consistency in the format as compared to other batsmen. That shows the wide gap in the quality of his batting and that of others.

Not only these two formats, Kohli has transformed into a real force in Test cricket over the last decade as well. He might not have the most runs in this format but he still finds himself among the top three run-getters.

Kohli has scored his Test runs above an average of 50 too. Having an average over fifty across all formats over such a long period of time is a terrific achievement in itself. So these numbers go on to tell why he has been the best batsmen we have seen in this decade. People may have varied opinions when it comes to format specialization but there isn’t a better batsman than Kohli when it comes to batting in all formats with equal consistency and impact.