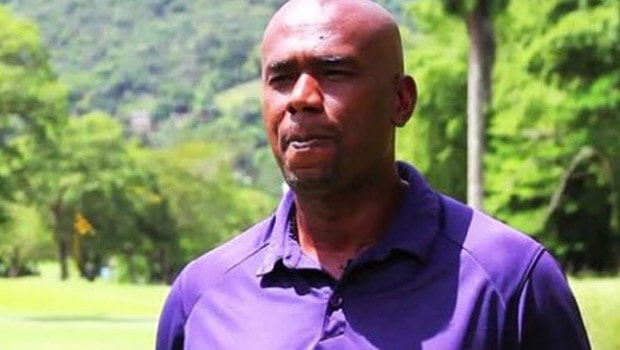 Former West Indies fast bowler and now commentator Ian Bishop has stated that Virat Kohli and Babar Azam remind him of the legendary batsman Sachin Tendulkar. Tendulkar was known to play in the straight lines and Bishop feels Kohli and Azam have been brilliant as they look to score majority of their runs in the ‘V’.

Playing straight down the ground and presenting the full face of the bat is the hallmark of a great batsman and Sachin Tendulkar was the master of the craft. Sachin was well known for his straight drive down the ground. Similarly, Virat Kohli and Babar Azam are flamboyant batsmen, who are always looking to score their runs in the arc from covers to mid-wicket.

In fact, Babar Azam is often compared to Virat Kohli and after his stylish 69 on the opening day of the first Test against England, former captains Nasser Hussain and Michael Vaughan reckon that he should get a place in the ‘fab four’.

Both Babar Azam and Virat Kohli have been consistent for their respective teams and they have done the bulk of the scoring. There is hardly any chink in their armour and they are always hungry to score runs consistently in all the conditions.

Virat Kohli had made his debut back in 2008 whereas Babar Azam announced himself at the top level in 2015. Hence, it might not be prudent to compare the two. Kohli has an average of more than 50 in all the three formats of the game whereas Azam averages more than 50 in the limited overs format.

“Virat Kohli, Babar Azam, who in terms of the straight lines, you remember Sachin Tendulkar, there’s a reason why I think he was the best batsman I bowled to as he always played in the straight lines and these two guys (Kohli, Azam) present that,” Ian Bishop told Pommie Mbangwa during the Instagram interaction.

On the other hand, Ian Bishop also praised India’s pace battery, which has taken giant strides in the last few years. Bishop also lauded Jasprit Bumrah and believes that the fast bowler has the ability to adapt to different formats and conditions and thus he has been consistent in his career so far.