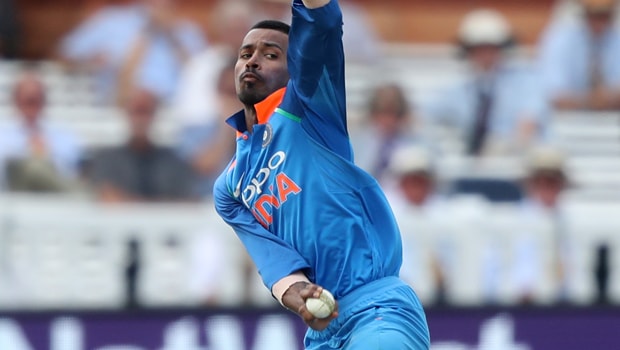 India’s all-rounder Hardik Pandya has given credit to his captain Virat Kohli and coach Ravi Shastri for backing him to the hilt. Pandya revealed that he has been given the freedom by both Kohli and Shastri to learn from his mistakes and experiences. The Baroda all-rounder had made his International T20I debut against Australia under the captaincy of MS Dhoni in 2016 at Adelaide.

The all-rounder bowled six wides in his debut and conceded 37 runs in three overs but he was able to pick up two wickets. Pandya thought his career was all but over when he was taken to the cleaners.

“I conceded 26 runs from my first 8 balls and frankly thought my career was over”, Pandya said while speaking to Harsha Bhogle on Cricbuzz. “When I was hit for a huge six, almost 105-110m, I thought I was done. I felt it couldn’t get worse than this and thankfully I managed to snare a couple of wickets,” he added.

Pandya added that the team is learning at a rapid place and a lot of credit goes to Virat Kohli and Ravi Shastri.

“I think he (MS Dhoni) wanted me to learn from my own experiences”, Pandya reckoned, reflecting on Dhoni – the captain. “Virat and Ravi bhai (Shastri), they have given me that freedom, not just to me, but for everyone in the team. That’s the beauty of this current Indian team, we have all made mistakes, but we are also learning at a very rapid pace. Those two have backed me a lot.”

Meanwhile, Hardik Pandya has had the opportunity to play under the tutelage for Rahul Dravid for the India A team. Pandya added Dravid was never judgemental and he always accepted him the way he was. Dravid was well known to get the best out of the players when he was the coach of the India A and Under-19 teams.

On the other hand, Hardik Pandya has had his share of controversies but there is no doubt that he has learned from them and improved. Pandya also feels that his body is not yet ready to make a comeback into the Test fold and he knows his importance in the ODI set-up.

Pandya has scored 957 runs in 54 ODI matches at an average of 29.91 and a blistering strike rate of 115.58. The seamer has also snared 54 wickets in the 50-overs version. Pandya has shown the skills that he can provide the finishing touches to the team and he can also bowl handy overs. Moreover, he is a livewire in the field.