Home » Cricket » Virat Kohli vs Babar Azam – Who is the better T20I batsman?

Virat Kohli vs Babar Azam – Who is the better T20I batsman? 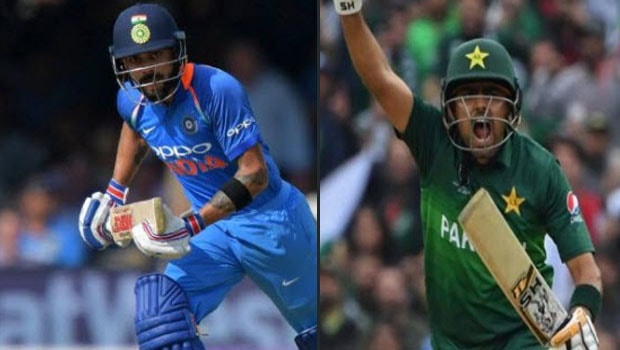 Virat Kohli and Babar Azam are two of the best T20 international batsmen in the world at present. Both of them are the key players in the top-order for their respective sides – India and Pakistan. While Kohli is the highest run-getter in the history of T20Is with 2794 runs to his name in 76 innings, Azam has started rising up the ranks quickly having accumulated 1471 runs in 38 innings as well. Let’s compare some of their key metrics to find out who is the better batsman among the two players.

The difference between their batting averages is pretty marginal. While Kohli averages 50.80, Azam has an average of 50.72. So, the is almost nothing to separate the two players in terms of this metric.

Kohli, however, has a much better strike-rate in T20Is than Azam. The Indian skipper scores at a rate of 138.25 runs per 100 balls in the format whereas Azam’s strike-rate reads a far lower 128.14. So, Kohli is the better player in this aspect.

While Kohli has 37 scores of 30+ in a total of 76 innings, Azam has 22 of them in 38 innings. So the Pakistani batsman goes past the 30-run mark every 1.72 innings as compared to Kohli who takes 2.05 innings to go past that mark. So, Azam is a much more consistent batsman if this metric is considered.

The difference between the two players is again pretty marginal in this aspect. While Kohli takes 7.83 deliveries to hit one four, Azam scores one of those every 7.86 deliveries. So, it can’t be used to separate the two players once again.

There is a clear winner in this aspect though. Kohli hits a six every 26.59 deliveries. Azam, on the other hand, is not the best of batsmen in this respect. He takes 54.67 deliveries for hitting one six. Six-hitting is one of the major metrics that defines a T20 batsman and Azam isn’t even close to Kohli or any other batsman for that matter.

The only metrics which separate the two batsmen are Batting Strike-rate, Balls per Six and Innings per 30+ score. While Kohli beats Babar in the first two metrics, the Pakistani batsman is much more consistent with the third metric. These metrics don’t offer much to separate them but Kohli has to be considered as the better T20I player as he is a much swifter accumulator of runs and a better player of big shots.