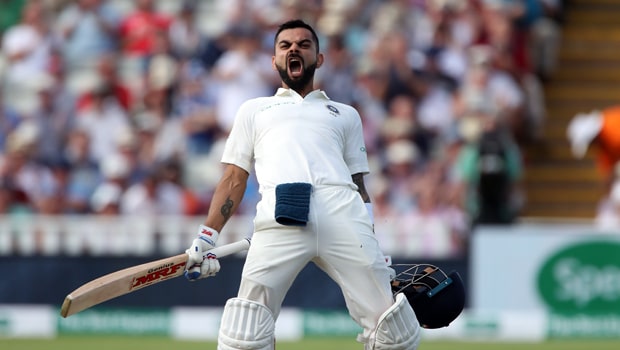 Virat Kohli became the second Indian skipper after MS Dhoni to lead India in 50 Tests when he walked out for the toss for the second Test of the three-match series against South Africa at Pune on Thursday.

Kohli also became the most successful Test captain in the history of Indian cricket during the tour of West Indies in August as he went past Dhoni’s tally of 27 Test wins. He has now led India to 29 wins in 49 matches thus far, with 10 matches being drawn and the other 10 resulting in losses.

It will be Match No. 50 as Test Captain for @imVkohli when he takes the field in the 2nd Test against South Africa. Congratulations Skip! 👏👏🇮🇳 #TeamIndia #INDvSA pic.twitter.com/Itfw2BiJgG

Former skipper Dhoni won 27 matches in 60 Tests whereas 15 ended in draws and 18 in losses.

It was in 2014 at Adelaide, when Kohli stood in as captain for the injured Dhoni for the first time in his Test career. He registered twin hundreds in that match but India still ended up losing it.

Kohli was eventually appointed the full-time skipper after Dhoni announced his retirement from the format midway through the series in Australia. And the 30-year-old helped India to the top spot in Test cricket immediately after he took charge as the skipper. Kohli has also blossomed as a batsman in this role. He scored double hundreds in four successive series and remains the only skipper till date to hit six double centuries.

But Test series losses in South Africa and England last year raised a lot of questions about his captaincy. However, he made up for that with a historic series win Down Under in 2018-19.

Kohli spoke to the media on the eve of the second Test and said that he is grateful to have played and led India in this many matches.

“I feel I am lucky enough to be in this position. I am grateful that I have been able to play so many games for India, let alone captain so many games.

“It is a nice little landmark but the focus is to win as many Test matches as possible and just win every game we can. Stats and numbers don’t matter to me but when the team recognizes these little things, it means something to me as a player.

“I’m grateful for whatever has happened in my career so far,” he said.