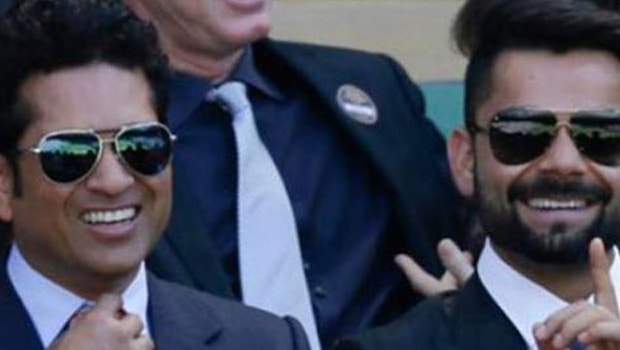 Former Australian chinaman spinner Brad Hogg believes Virat Kohli can leapfrog Sachin Tendulkar’s tally of 100 International centuries. Sachin had scored 49 centuries in the ODI format whereas he amassed 51 hundreds in the ODI format. On the other hand, Virat Kohli has already scored 70 centuries in his illustrious career, scoring 43 ODI and 27 Test centuries. However, he is yet to score a century in the T20I format.

Hogg stated as Virat Kohli is at the top of his fitness, he can definitely go past Sachin Tendulkar. Kohli is the most consistent batsman in the world and he has scored runs against almost every opposition in all kinds of conditions.

Kohli has paid special attention to his fitness and he has been able to reap the rewards. The right-hander banks on playing the traditional shots and hardly takes any risk in the early stages of his innings, which makes it difficult for the bowlers to dismiss him.

Hogg feels fitness levels are better in the current era as compared to Tendulkar’s era. Kohli is the fittest player in the world and he is a livewire on the field. Consequently, Kohli plays a lot of matches in all the three formats and the schedule is also jam-packed, which gives him an opportunity to score consistently.

Hogg was asked by a fan if Kohli can surpass Tendulkar’s mark and he said on his YouTube channel: “Of course he can. Fitness levels today are a lot better when Sachin Tendulkar started.

“Plus they get a lot of help with quality fitness trainers. They have also got a lot of physios and doctors on board. Any niggle that is starting to happen people can get on top of it straight away.

“Therefore players miss less games and of course there is a lot more cricket being played these days. So yes, he can break that record,” Hogg added.

Virat Kohli has checked all the right boxes in his career. The right-hander generally goes on to make a big score if he gets settled at the crease. There is hardly any chunk in Kohli’s armour and he has followed in the footsteps of his idol – Sachin Tendulkar.