Virat Kohli Excited to be back ahead of Bangladesh Tests 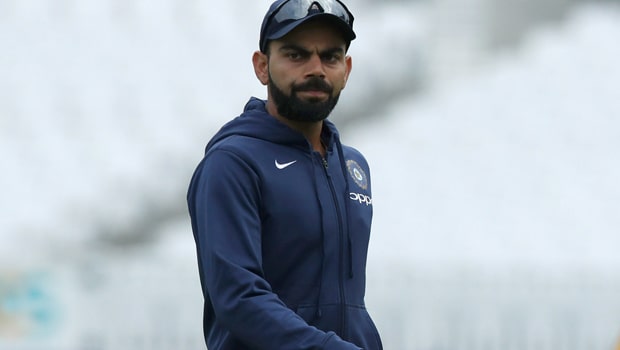 After enjoying a vacation in Bhutan with wife Anushka Sharma, India captain, Virat Kohli, has returned to the cricket field sweating it out on the ground.

After the T20 series win, India vs. Bangladesh series will now focus on the long game format, Test Cricket, which comes up on Thursday.

The Indian skipper announced his return to the cricket field by posting several pictures on his Twitter page. The pictures posted on his social media page showed Kohli sweating it out on the ground during Team India’s net session in Indore ahead of the first Test against Bangladesh.

“Training done, Great to be back with the boys,” Kohli tweets read alongside pictures from the training session.

Ahead of the Thursday game, the second match of the series will be a historic affair for India, who will be hosting their first-ever Day-Night Test. The players who trained with pink balls took turns to get used to how the pink ball behaves in comparison to the traditional red-ball during the net session.

Cheteshwar Pujara, Ajinkya Rahane, Mayank Agarwal, Mohammed Shami, and Ravindra Jadeja, who missed the just-concluded series, were also sighted preparing themselves for the pink ball challenge. They went to the National Cricket Academy (NCA) in Bengaluru, where they had a couple of practice sessions with the pink ball under the supervision of NCA’s Head, Rahul Dravid.

The pink ball Test has been a talking point, having occupied India’s thinking, as seen in their practice session on Tuesday.

Speaking after the session, Rahane said he is excited that the team had two good sessions with the pink ball under the floodlight.

“We had two good practice sessions, actually four but two with the pink ball, one during the day and one under lights. It was actually exciting.”

Due to his regular participation even before the start of the World Cup 2019, Kohli was given a short break. The Indian skipper got the best out of it by fully utilising it by spending quality time with his wife, Anushka Sharma. The break coincided with his birthday November 5. The couple indeed had a lovely time in Bhutan.