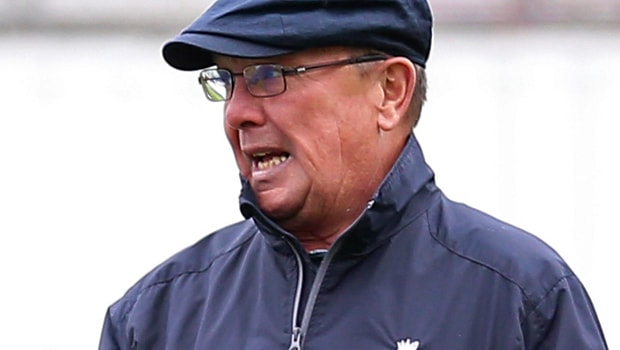 Former ICC elite umpire Ian Gould reckons the Indian skipper Virat Kohli has got the same kind of pressure from the Indian fans just like legendary batsman Sachin Tendulkar. There is always a lot of pressure while playing for the Indian team as the expectations are always high from the country’s aficionados.

Tendulkar was able to embrace the pressure with great success in his illustrious career of 24 years. It is never easy to go out there in the middle and perform every time. In fact, it adds a lot of pressure when you know that a billion hopes rest on your shoulders.

Tendulkar was able to do it with aplomb and Kohli has carried on the legacy. The Indian fans are great partisans of the game and they take a lot of pride in the performance of their national team.

In fact, when India had won the 2011 World Cup, the whole Indian team had given a round of honour to the great Sachin Tendulkar. A young Virat Kohli had summed it beautifully when he said, “Tendulkar has carried the burden of the nation for 21 years; it was time we carried him on our shoulders”.

Not many knew that the baton was passed on from Sachin Tendulkar to Virat Kohli as the latter kept grabbing his chances with both hands. Soon, Virat Kohlli became the spine of India’s batting order.

“He’s (Virat Kohli) a funny man. Yeah, he batted like me a couple of times. I had to tell him off for slogging it. He’s a charmer. He’s one of those guys who’s got, a bit like Sachin Tendulkar, the whole of India on his back, but you wouldn’t know,” Gould told Cricinfo.

“You could walk into a restaurant and sit and chat with him for hours. He’s a very worldly boy. When you look at Virat, you’re thinking male model, pin-up boy, but he knows about the game inside out, the past, history. Lovely guy.”

Kohli is known to take the centrestage and he loves to take up challenges of getting his team over the line. The Indian captain loves the responsibility of taking the team all the way and he has done that on many occasions even when there has been a lot of pressure. A hallmark of a great player is gauged from his performances in the crunch matches and Kohli has stood tall in the big matches for the team.

The talisman is known to give his 120% on the field and there are no double thoughts in his mind. Kohli likes to give his all and he just loves the challenges of performing under the pump. In fact, such challenging situations are known to get the best out of Kohli.