Virat Kohli has been absolutely phenomenal in the last 20 days: Rahul Dravid 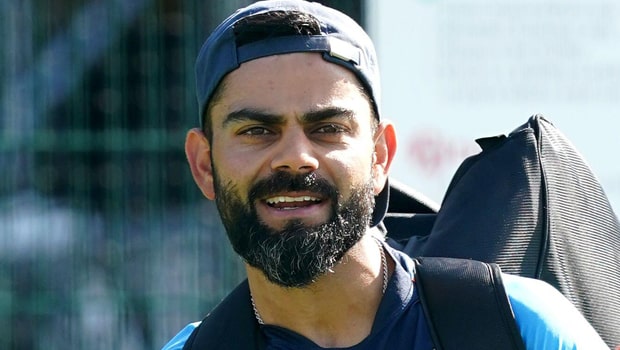 Indian Team head coach Rahul Dravid addressed the media ahead of their second Test match against South Africa in Johannesburg on Sunday and he said that Virat Kohli has been phenomenal in the last few days despite “all the noise around him.”

Kohli has been involved in a war of words with the BCCI ever since he spoke openly in a press conference about what actually had happened while removing him from white-ball captaincy completely.

What has added fuel to the fire is the fact that Kohli hasn’t attended the pre-match media interactions ever since his revelations about his sacking from ODI captaincy.

“I know there’s been a lot of noise on other issues outside of the group, even leading into this particular Test match. But honestly, in terms of keeping the morale high, it’s not been very difficult because it’s been led by the skipper himself,” Dravid said on the eve of the second Test against South Africa.

“Virat has been absolutely phenomenal over the last 20 days that we’ve been here. The way he’s trained, the way he’s practised the way he’s connected with the group. He has been phenomenal and I could not speak more highly of him,” added the former India batter.

Asked why Kohli had not been seen in media interactions of late, Dravid said that there is no specific reason and they are merely saving him for the interaction ahead of his 100th Test match.

The third Test match against South Africa in Cape Town is going to be the 100th Test match in Kohli’s career.

As far as his batting is considered, Kohli hasn’t been in good touch. He hasn’t scored an international ton in the last two years and got dismissed in the first Test of the series to similar shots after getting scores of 35 and 18.

Asked about Kohli’s struggles, Dravid said,”Even personally, he’s in a really good space and even though he sort of batted well and couldn’t convert those starts, I feel there’s going to be big runs, really good scores coming in from someone like him.

“Just observing him around the group, how relaxed, how calm he has been and how he’s preparing and how switched on he is, it (big score) might not happen in the next game. I would really hope it happens in the next game.”

India have already taken a 1-0 lead in the series as they registered a historic win at Centurion in the first Test. Now they make their trip to Johannesburg where they won a Test match back in 2018.