Home » Cricket » Virat Kohli has class, it feels great to see him bat

Virat Kohli has class, it feels great to see him bat 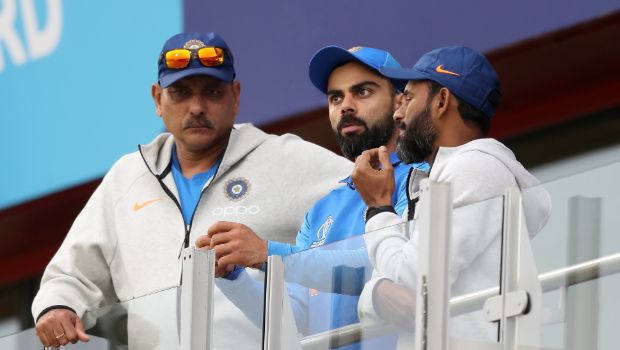 Former legendary Pakistan batsman Javed Miandad has heaped praise on the Indian captain Virat Kohli. Miandad stated that Kohli has class under his belt and it is a treat to watch him bat.

The former Pakistan captain was asked to pick the best Indian batsman in the current team and he went with the Indian skipper.

Miandad said that Kohli’s performance itself tells the whole story why he is one of the best batsman in the world. The talisman is currently the number one batsman in the ICC ODI rankings whereas he is placed at the second place in the ICC Test rankings.

Kohli is also the most consistent batsman in the world and has performed brilliantly in the last few years. Miandad also recalled Kohli’s innings in South Africa where the pitch was offering bounce and it was not easy to bat. The former Pakistan batsman added that Kohli has the skills to bat on any kind of track and he can play well against pacers as well as spinners.
“I was asked who is the best in the Indian cricket team, so I choose Virat Kohli,” Miandad said on his Youtube channel..

“I don’t have to say much, his performance itself tells a lot. People have to admit this as stats are visible.

“Virat performed really well in South Africa; even on an uneven wicket, he scored a hundred. You cannot say he is scared of fast-bowlers or he cannot play on bouncy pitches or he doesn’t play spinners well.”

Meanwhile, Virat Kohli was not in the best of forms on the recent tour of New Zealand. The talisman could only get past the 50-run mark on a solitary occasion on the whole New Zealand tour. The right-hander could only muster 38 runs in the four innings of the two Test match series at an average of 9.37. Ergo, Kohli will like to get back in form when he returns to action.

Virat Kohli will lead Royal Challengers Bangalore in the upcoming edition of the Indian Premier League, if the tournament happens. The competition is under dark clouds due to the outbreak of coronavirus.