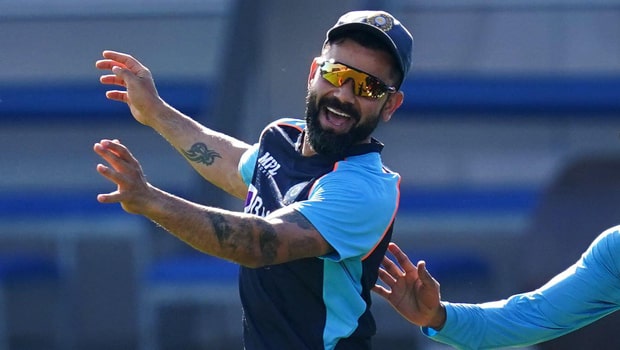 Virat Kohli sent shockwaves through the world of cricket on Sunday after suddenly announcing his decision to step down as Team India’s captain in Tests. The timing of the announcement took everyone by surprise.

Just a day before India had finished second-best in their attempt to win their first Test series in South Africa after suffering a seven-wicket defeat in the series decided in Cape Town. Virat Kohli announced his decision via a post on social media the following day.

“It’s been 7 years of hard work, toil and relentless perseverance everyday to take the team in the right direction. I’ve done the job with absolute honesty and left nothing out there. Every thing has to come to a halt at some stage and for me as Test Captain of India, it’s now,” wrote Kohli on his social media.

“There have been many ups and also some downs along the way, but never has there been a lack of effort or lack of belief. I have always believed in giving my 120 percent in everything I do, and if I can’t do that, I know it’s not the right thing to do. I have absolute clarity in my heart and I cannot be dishonest to my team,” he further added.

Former Indian cricketer Aakash Chopra called his decision a shocking development on his Youtube channel. “Virat Kohli has left Test cricket captaincy. He had left T20 himself, the ODI one was taken away from him and now after the South Africa series, he has dropped a bombshell that he will no longer lead Test cricket.

“When this news came, let that sink in – that was the kind of feeling I got. It took some time to understand what has happened. It came completely out of the blue. A lot of people are saying the writing was on the wall,” he said.

Speculation continues to be rife regarding the reasons surrounding his decision. The controversy surrounding Kohli getting unceremoniously sacked as ODI captain had begun to subside before this new episode began.

Aakash Chopra, meanwhile, didn’t expect that decision from Kohli and felt that he should’ve continued for longer given where he had taken the team and the manner in which he continued to lead. The cricketer-turned-commentator also didn’t shy away from calling Kohli the greatest Indian Test captain.

“I will be very honest, I didn’t feel Virat Kohli will leave the Test captaincy and shouldn’t have done also from my viewpoint or from Indian cricket’s viewpoint if you see from where to where he has taken the Indian team. I am slightly disappointed and definitely shocked.

“India was at No. 7 when Kohli took the reins of this team, they are at No.1 at the moment and have been so for the last 4-5 years. One of the most successful Test captains of all time, and I am not talking only about Indian captains here because his name is at the top of the list of Indian captains,” he concluded.