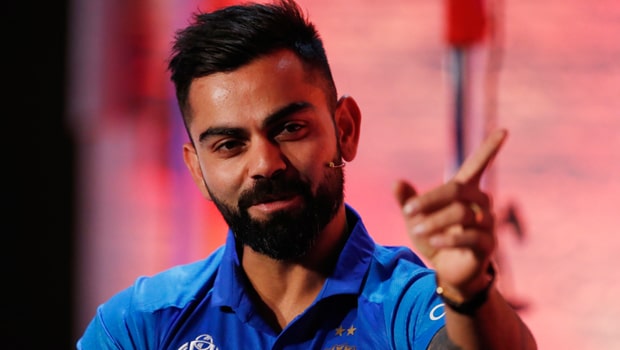 Skipper, Virat Kohli, has said India is the top because the team deserves it. Speaking during Wednesday’s press conference ahead of their clash with Bangladesh today, Kohli said he is proud of the lads for living up to expectations. He added that as a captain, one thing he really wanted to see was India’s fast bowlers dominating world cricket.

While Kohli himself is a threat, he has a retinue of fast bowlers which include Umesh Yadav, Bhuvneshwar Kumar and Mohammad Shami at his disposal. He believes they are the best attackers in the world.

After whitewashing South Africa in the three-Test series, India is aiming to dominate again in the ongoing World Test Championship. The men in blue will be hoping to extend their lead when they take on Bangladesh in the first Test of the two-match series on Thursday at Holkar Stadium. Recall that India had already beat the side in a three-test game 2-1.

India has kept the momentum after winning each of their first five Tests in the World Test Championship. They have been playing to their No. 1 ranking in red-ball cricket, and they are currently on top of the points table with 240 points.

Tomorrow’s affair will bring to fore another opportunity for the new opening combination of Rohit Sharma and Mayank Agarwal to establish themselves further. Their combination aggregated 829 in three Tests against the Proteas last month.

Kohli recently returned to the team after taking a brief break from cricket to be with his wife. His return will definitely be a headache for 9th-ranked Bangladesh. It could be recalled that he scored a double ton against Faf du Plessis’ men.

During the game, against their opponent, Kohli noted that batting and spin was never an issue, but the team was thinking how to go back to be the top team they used to be after Zaheer Khan, and some top players went away.

Seeing the way the players bow, the captain is confident that the chance of picking 20 wickets is possible, adding that it is the belief that stands out.

While expressing his happiness at the current side, the skipper said that they are still even done yet because they are getting more every time they step out as they love bowling together, which is their biggest strength.

Speaking on the decision of Australian all-rounder Glenn Maxwell’s who took a break from cricket because of mental health issues, the skipper lauded his courage urging that international players have to be looked after. While praising Maxwell for putting his health before the game, Kohli said he is in full support of players putting their health before the game.

He added that Glenn had done a remarkable thing by setting the right example for cricketers all over the world. He added that such an act should be respected and “not taken in a negative way.”

Today’s Test will give young Bangladeshi cricketers opportunities due to the absence of their experienced players, Shakib Al Hasan and Tamim Iqbal.