Virat Kohli: India vs New Zealand, 1st T20I: Revenge not on our minds 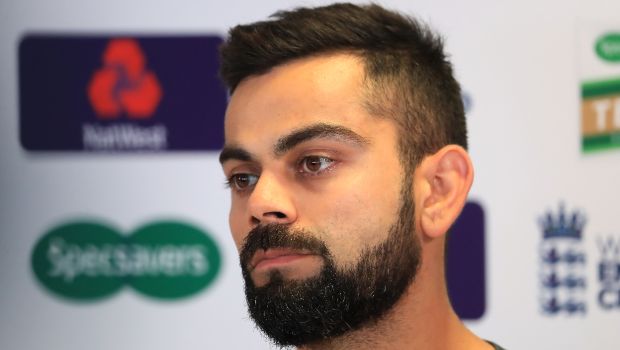 India cricket captain Virat Kohli has said revenge can’t be on the mind of the team ahead of the games against New Zealand.

It could be recalled that the Kiwis sent his side packing from the ODI World Cup last year when they met in the last four. They eliminated India, which was pre-tournament favourites by 18 runs in the showpiece in England. They will meet again today in the opening T20 International since the world cup.
Although the loss still pains him, the skipper said he couldn’t bring himself to think of revenge.

Speaking at the pre-match conference, the captain said he is not thinking of getting into a revenge zone against the Kiwis.

While noting that the game is all about being competitive on the field, Kohli said New Zealand is probably a side that has set the example for teams to play international cricket.

Speaking further, the captain described the Kane Williamson-led side as a great ambassador of sport, saying they always want to give their best in every ball and every game.

He added that the Kiwis are also an intense side in their body language, and they are not nasty, as they don’t flout the rules of the game.
Kohli further said it would be a match between two quality sides that are playing good cricket, adding that the team is ready to surmount the challenge of beating New Zealand.

The captain also said the host would not be taken lightly, saying they are the favourite despite their injury setbacks.
While noting that India had played in the country on many occasions, he said the Kiwis would have a slight home advantage in their backyard, but every series is a fresh start.

He further said that New Zealand in New Zealand is a bigger challenge to the team than playing them back in India, adding that they will have to be at their best game.
India will be hoping to continue its winning runs after winning the last series 2-1 against Australia.

It will be a close call from the sides. India, which is playing away from home first time in the year has to show the world that occupying number one slot is not a fluke but hard work.