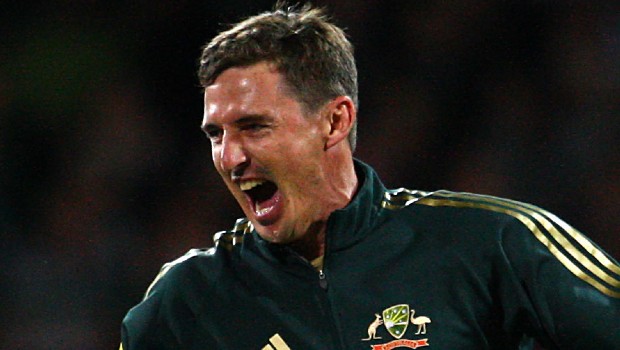 Former Australian chinaman spinner Brad Hogg rated Indian skipper Virat Kohli as a better white-ball batsman than vice-captain Rohit Sharma. Both Virat Kohli and Rohit Sharma are one of the best limited-overs batsmen and their records speak for themselves. However, Hogg feels Kohli is ahead of Sharma for his consistency while batting in the run-chase.

Kohli has produced great numbers while batting in the second innings for the Indian team. The skipper knows how to build his innings while he is going after a run-chase.

Virat Kohli has scored 7039 runs in 134 innings at an average of 68.33 when India has batted second. In fact, Kohli’s numbers further improved in the successful run-chases as he has scored 5338 runs at a staggering average of 96.21.

Furthermore, Kohli’s 22 out of the 26 centuries in the second innings have come in winning cause for the national team. Hence, he is well known as the ‘chasemaster’ of the modern era.

Hogg picked Virat Kohli as a better white-ball cricketer than Rohit Sharma on his Youtube channel,  “Well, Virat Kohli, because he’s more consistent when India have the big run chases. When India are batting second, he stands up and delivers.”

On the other hand, the former left-arm spinner also feels it is not prudent to compare the two Indian talisman as both of them have different roles. Rohit, being an opener, has to make sure that he provides a solid foundation and make good use of the fielding restrictions in the powerplay. Kohli, who bats at number three, has to make sure that he bats through the innings.

“But you really cannot compare the two as they have different roles. Rohit’s role is to be aggressive against the new ball bowlers when field restrictions are at their least and Virat’s role is to bat through the innings and make sure he’s there at the end, so they complement each other,” he said.
Virat Kohli and Rohit Sharma are pillars on which the Indian cricket team stands tall. Both the batsmen have been brilliant and they have been instrumental in the success of the team.
Kohli has notched up more than 21000 International runs and 70 centuries. On the other hand, Rohit Sharma has scored 9115 runs in 224 ODI matches at an average of 49.27 and he has 29 centuries in 50-overs version.