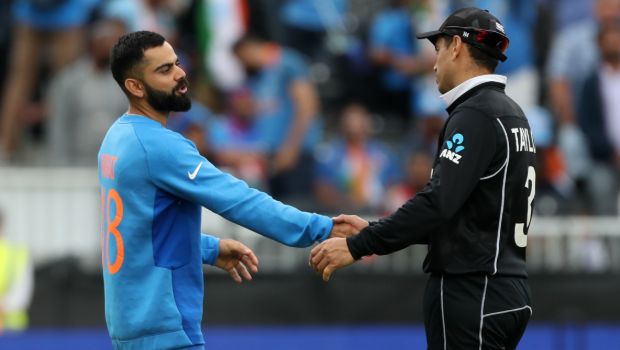 India captain Virat Kohli is just 133 runs away from breaking Tendulkar’s record. Tendulkar reached 12,000 runs in his ODI career and he might be able to break the record in the three ODI matches that India will have against South Africa.

Kohli currently has 239 innings in his career and if he reaches 12,000 runs in the series against South Africa, he will break Tendulkar’s record and also become the fastest to player to have so many runs.

It took Tendulkar 300 innings to get his 12,000 runs. Next on the all-time list is former Australia captain Ricky Ponting with 12,000 runs in 314 innings at the ODI. Former Sri Lanka captain Kumar Sangakkara did it 336 innings.

Virat Kohli is in the middle of a tough stretch for him. His highest score in the recent three-match ODI series against New Zealand was 51. He then had 15 and 9 in the next two matches. He then had a two-match Test series and had scores of 2, 19, 3 and 14 and India would lose the series 2-0.

“India is such a big country. Virat Kohli is so popular over there that he has become a sort of a global superstar. Wherever he goes, there are just people. They are just around him. Outstanding player. Probably the best player in the world at the moment. Well, I just remember watching him in the nets. They put that footage out pre-series and he was absolutely smacking them,” Paine said.