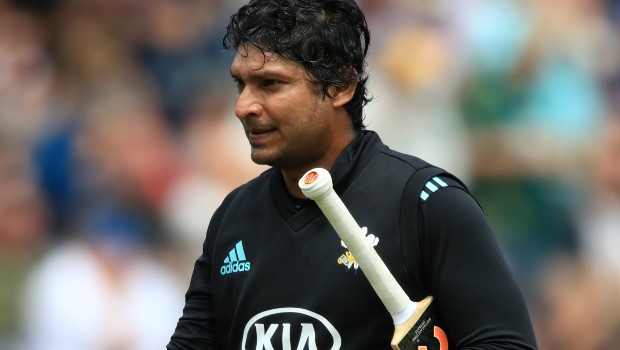 Former Sri Lankan skipper Kumar Sangakkara has rated Indian captain Virat Kohli as the best batsman in the world. Kohli has been the most consistent batsman in all the three forms of the game and his record speaks for himself. The talisman has an average of more than 50 in the three versions of the game and he is the only batsman to have such impressive numbers.

Kohli has already scored more than 21000 International runs in his illustrious career. The right-hander has also scored 70 centuries and he is expected to break every record in the books if he keeps going at the same rate. Furthermore, Kohli’s records while chasing are sensational and he has been instrumental in the success of the team.

When Sangakkara was asked to pick the best batsman while talking to former Zimbabwe bowler Pommie Mbangwa for Cric Mate, he said without any hesitation, “Virat Kohli”.

On the other hand, Pommie also asked the current MCC president to pick the best bowler of the current era. Sanga picked Australia’s veteran Nathan Lyon as the best spinner of the current time. Lyon has been consistent with his performances in all kinds of conditions and he has bowled with great success in Australia.

“I think when it comes to spin, you have to admire Nathan Lyon. What he has done over the last few years, it has been incredible. The way he has bowled, it was not easy for any orthodox bowler coming in the game with his modern-day batsmen. He is incredible, probably worth saying, he is the best spinner”.

Meanwhile, Sangakkara selected England’s experienced fast bowler James Anderson as the best for the English conditions. Anderson has the skills to move the ball both ways and he is currently the leading wicket-taker as a fast bowler in the red-ball version.

However, the former Sri Lankan wicket-keeper batsman, Sangkkara selected Mitchell Starc and Jasprit Bumrah as the best bowlers to bowl in any kind of conditions.

“When it comes to a fast bowler, in English conditions, you have to go with a guy like James Anderson, he is exceptional. But you also have to go with guys who can bowl in any conditions, so guys like Mitchell Starc, maybe even Jasprit Bumrah if he can keep his fitness. They are the kinds of bowlers who can challenge the batsmen with the kind of firepower they have,” he added.

Meanwhile, when it came down to picking the best bowlers of all-time, the former flamboyant batsman went with Wasim Akram as the best fast bowler whereas he picked his teammate Muttiah Muralitharan as the best spinner to have ever embraced the game.

“Fast bowler, definitely Wasim Akram, without a doubt. When it comes to spin bowling, it would definitely be Shane Warne. I, of course, had the luxury of not facing Muttiah Muralitharan and Chaminda Vaas in international cricket, having kept wickets to Murali, I will always say he is the best spinner to ever play the game,” Sangakkara said.