Home » Cricket » Virat Kohli is getting better and better, which is scary – Steven Smith

Virat Kohli is getting better and better, which is scary – Steven Smith 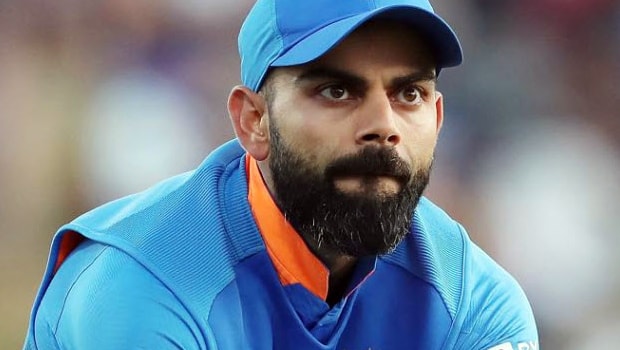 Australia’s former skipper Steven Smith believes Indian captain Virat Kohli is getting better and better, which is scary. Kohli is the most consistent batsman in the world and he likes to give his best every time he turns on in the field. The Indian skipper is the solitary batsman to have an average of more than 50 in all the three forms.

There is no doubt that Kohli is getting better with every passing year and he gives his all. In fact, Kohli is well known for his work ethics and he gives his 120% in the training session. The talisman has paid special importance to his fitness and he is able to reap the fruits for the same.

Consequently, he has been able to get the best out of his players as they have followed his footsteps. Kohli’s record in the limited overs format speaks volume and he gets the runs in almost all the matches.

On the other hand, Smith recalled the incident when he saw Kohli for the first time in action. Smith added that both him and Kohli liked taking on each other and they had also run into one another on some occasions.

“I’ve known Virat for a long time… I think 2007 when he was a part of the academy in Brisbane. I wasn’t actually a part of the intake then, but I was there doing a bit of bowling and stuff. We both have had nice chats off the field and we also had some run-ins in the early days on the field. Those things happen when you’re playing for your team and your emotions can sometimes get out of control,” said Smith on Star Sports’ show Cricket Connected while talking to VVS Laxman and Jatin Sapru.

He further added, “Virat is a terrific guy and he has done terrific things with India as an ambassador of the game. He is just getting better and better which is the scary thing.”

Kohli had also requested the Indian crowd to not boo Steven Smith and David Warner in the World Cup league match in 2019. Smith also acknowledged that gesture recently.

Meanwhile, Kohli and Smith are often compared with each by the cricket pundits. Most of the experts believe that Smith is a better Test batsman whereas Kohli is better in limited-overs format.

Both of them would be up against one another in the much-anticipated series of the year. India will tour Australia for a four-match Test series with the first Test taking place at the Gabba, Brisbane from December 3.