Home » Cricket » Virat Kohli is like a Lion, his energy never goes down – Shreyas Iyer

Virat Kohli is like a Lion, his energy never goes down – Shreyas Iyer 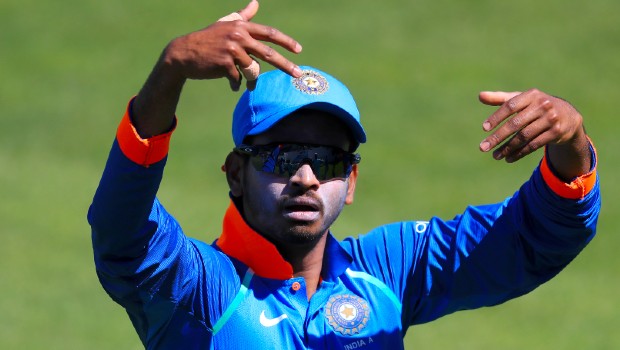 India’s talented batsman Shreyas Iyer believes his skipper Virat Kohli is like a lion as his energy never goes down. Kohli is always known to give his 120% on the field and the passion with which he plays is outstanding. The Indian captain gives his all in the training as well as on the field and there are no double thoughts in his game.

There is no qualm that Virat Kohli is the fittest player in the world. Kohli has worked hard on his fitness and he has also inspired his teammates to do the same. The Indian captain has got the best out of his players and he has been a perfect role model for the young generation.

Kohli has an insatiable hunger to improve himself and he has reaped fruits for the extra yards of practice that he has put in. The talisman also pushes his teammates and gives them the confidence they need to keep going.

“Virat Kohli is a role model for all the youngsters in the team. The hunger he shows is great, he is always playing like his first match. He is like a lion, his energy never goes down,” said Iyer during Instagram live interaction with Delhi Capitals.

There is no doubt that Kohli is indeed the king of the cricket jungle and not many players come close to his brilliance. Kohli has already scored more than 21000 International runs and has 70 centuries under his belt. The lynchpin is the solitary International batsman to have an average of more than 50 in all the three forms of the game.

On the other hand, Shreyas Iyer has also impressed with his skills. The right-hander has made hay when the sun has shined. The Mumbai batsman has grabbed his chances while batting at number four for the Indian team.

Iyer has shown consistency while batting in the middle order and has put paid to India’s Achilles Heel. Thus, Iyer will look to continue the good show for the national team. Furthermore, Iyer had also led Delhi Capitals from the front in the IPL 2019 as he took the franchise to the playoff stages after six years.