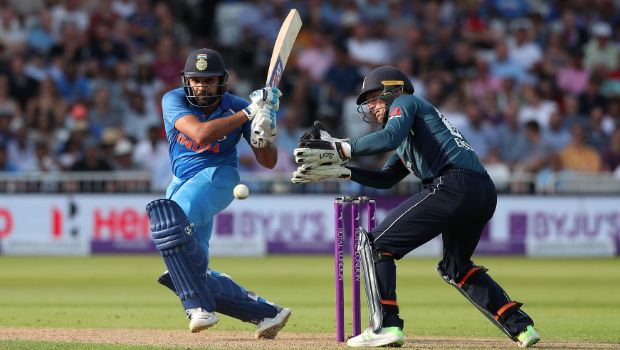 Former Indian opener Gautam Gambhir has stated that Virat Kohli is not a bad captain but Rohit Sharma is a better captain.

Gambhir had recently said that it would be India’s loss if Rohit is not made the T20I captain of the side after the talisman had led Mumbai Indians to their fifth IPL title.

Rohit has an immaculate record in the IPL as he is the most successful captain. Rohit has led MI to five titles in his eight years of leadership. On the other hand, Virat Kohli hasn’t been able to lead Royal Challengers Bangalore to any title. Furthermore, Kohli is yet to lead India to a major ICC trophy.

Virat Kohli’s team had lost the Champions Trophy final against arch-rivals Pakistan whereas they were also knocked out of the 2019 World Cup semi-final by New Zealand.

Gautam Gambhir said while talking on Star Sports Cricket Connected, “Virat Kohli is not a bad captain, but Rohit Sharma is a better captain. There is a vast difference between the quality of captaincy.”

On the other hand, it is well known that national selection is done on the basis of performances in the IPL. Gambhir questioned if the player’s selection can be done on the IPL performances, then why the captain can not be selected on the same parameter.

“When we pick players for the national side based on the performances in the IPL, then why can’t we select the Indian T20I captain based on the captaincy in the IPL? In that case, the IPL should not be a parameter (for selection), isn’t it?”

Gambhir gave examples of players like Kuldeep Yadav, Yuzvendra Chahal, Washington Sundar and many more who have been selected on the basis of IPL performances. Recently, T Natarajan was added to the Indian T20I squad after the left-arm fast bowler impressed with his yorker execution in the IPL.

Meanwhile, India will play three ODIs and as many T20Is on the Australian tour. The limited over series will be followed by four-match Test series. The first ODI will be played at the SCG on November 27 whereas the T20I series will begin from December 4.

Kohli will fly back to India after the first Test match to be with his wife for the birth of his first child. Ajinkya Rahane will lead the team in Kohli’s absence.