Home » Cricket » Virat Kohli is one of the top athletes, our boys are not behind – Waqar Younis

Virat Kohli is one of the top athletes, our boys are not behind – Waqar Younis 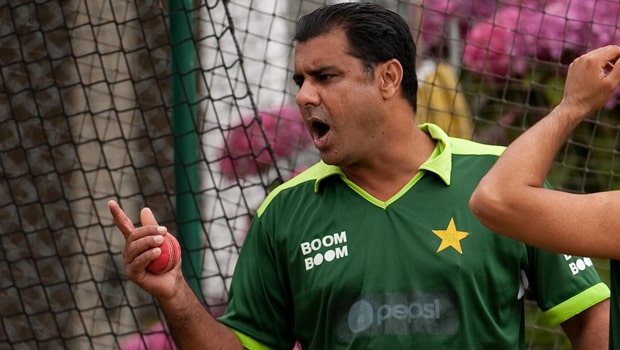 Former Pakistan captain and current bowling coach of the team, Waqar Younis heaped praise on the Indian skipper Virat Kohli. Younis lauded Kohli for setting the benchmark of the fitness level higher. Virat Kohli has worked hard on his fitness and thus he has reaped fruits for the same.

In fact, Kohli has motivated his teammates to work hard on their fitness and the current Indian team is one of the fittest units. Kohli has been instrumental in starting the new trend in Indian cricket and the team has benefitted from the same.

Furthermore, Kohli has played a key role in motivating the pace battery, which has taken giant strides. Kohli has put his weight behind the fast bowlers and they have done a fine job.

Kohli will be back in action when he will lead Royal Challengers Bangalore in the upcoming Indian Premier League, which is all set to take place in the UAE from September 19. The Indian captain has been seen training in the gym and he has tried to keep himself at the top of his fitness in the lockdown period.

Kohli has inspired the young players to pay special attention to their fitness and he has been responsible for setting up the right example.

Younis feels it is hard to beat Kohli’s fitness levels as he has set the benchmark higher. The former Pakistan fast bowler feels we all like Kohli for his passion for the game and the way he is always in the face of the opposition as he wants to win every match he plays for the Indian team.

“Virat Kohli has evolved the game and all the formats of modern-day cricket including T20 Cricket, one day suits him a lot and he is brilliant at test matches. But the biggest difference he brought to cricket that is followed and watched worldwide is his fitness,” Younis had said while interacting with fans on the Twitter platform @GloFansOfficial.

“He has set a bar of fitness worldwide, for players, I think it is hard to beat. I think for that reason also, you like everything about Virat Kohli. He is fit, he is always in your face, he wants to prove you that he is the best, he is a fighter, so that is why, we all like him,” the former paceman added.

Waqar Younis added that the Pakistan players like Babar Azam and Shaheen Afridi are also fit as fiddle. Pakistan is currently training in Derby and they are all set to play three Test matches and as many T20Is against England in August.

The visitors have also named a 20-member squad for the three Test matches.