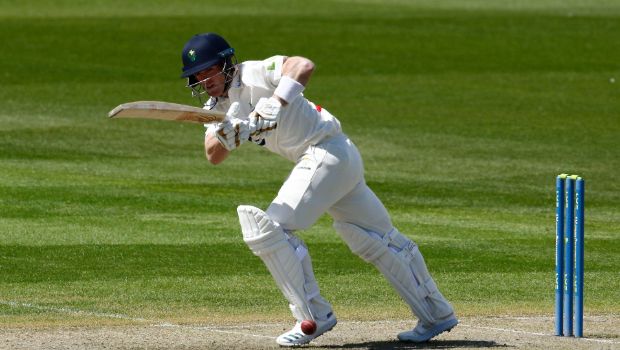 Former England cricketer David Lloyd feels India could play the way England is playing in Test cricket. Lloyd believes India has the tools and their former skipper Virat Kohli is one who could drive this new approach.

Kohli is known to take the bull by its horns and he was always aggressive as a leader when he captained the team. India registered their first Test series win in Australia under the captaincy of Virat Kohli in 2018-19. Kohli took India to new heights as a Test captain and played with an aggressive approach.

Meanwhile, England won the first Test match against Pakistan by 74 runs after Ben Stokes’ team came up with a fine collective show. Stokes and Co. have adopted Bazball and they have been aggressive as a batting unit.

David Lloyd wrote in his column for Daily Mail, “It is not totally new, of course. The Australian team of the 90s was very positive and the great West Indian sides were full of exhilarating stroke-makers. I reckon a team capable of this style now is India. They have all the tools. There has been a suspicion that Indian batters are stats-driven but Virat Kohli is one who could drive this.”

On the other hand, Ben Stokes declared at 264-7 after 35.5 overs in the second innings to set up a target of 343 runs for Pakistan. Stokes gave a total of four sessions to his bowlers to get the better of the opposition. Lloyd feels Pakistan was stunned by Stokes’ declaration as not many expected the same.

“I think Pakistan was spooked by that declaration from Stokes. The onus was on them to go for it and they did show positive intent for a large part of their chase but towards the end, I’m not sure whether they knew whether to stick or twist. I don’t think anyone expected Stokes to call England in at tea on the fourth day, certainly not Babar Azam.”

It was a fine performance from England and they will look to carry the same. The second Test match will be played in Multan on December 9.