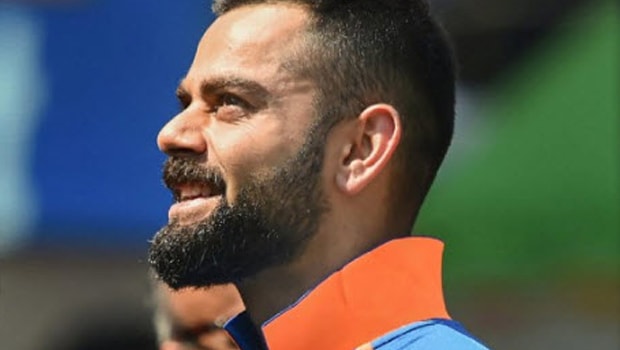 India’s batting coach Vikram Rathour stated that Virat Kohli is the hardest working cricketer in the world. Kohli is known to train harder in the gym as well as the practice sessions and the results are palpable. The Indian captain likes to give his all and he has followed a strict diet and a workout regime.

Kohli’s hunger to get better is insatiable and he keeps digging till he achieves the goal he sets for himself. The right-hander is currently one of the fittest players in the world and he deserves all the credit for putting in the hard yards.

Kohli leaves no stone unturned in his preparation and gives his 120% in the training sessions. Consequently, he is able to turn up with the same intensity on the match days. Kohli’s intensity is his oxygen and he lives on it.

In fact, Kohli hardly hits the ball in the air, which makes him harder to dismiss. Kohli believes in playing conventional cricketing shots and he is not known to try out of the box shots, even in the nets sessions. He has often stated that he doesn’t want these shots to creep into his game.

Rathour added that Kohli can play every format differently and it is one of his biggest strengths.

Vikram Rathour said while talking to Sportskeeda, “For me, the best thing about Virat Kohli is his commitment to the game. He wants to be the best player in the world and he works hard for that. He puts in the hard yards, and he is the hardest working cricketer that I have seen. Other than that I believe his adaptability is his biggest strength,” the former India batsman said.

“He is not a one dimensional player, he can change his game as and when required. He plays every format differently and that has been one of his greatest strengths,” Rathour added.

Virat Kohli is the most consistent batsman in the world and he has an average of more than 50 in all the three forms of the game. Rathour recalled Kohli’s magnificent form in IPL 2016 where he scored 973 runs, which is the highest in a single edition of the IPL. Subsequently, he scored a Test double century against the West Indies, which goes to show how swifty he was able to switch between the formats.

There is no doubt that Kohli’s work ethics has helped him reach the pinnacle of the game, in all the three forms of the game.