Virat Kohli is the most consistent performer – Kagiso Rabada 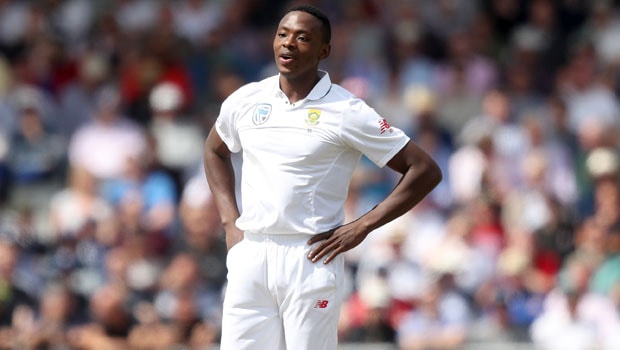 South Africa’s quick Kagiso Rabada stated that Indian captain Virat Kohli is the most consistent performer in all the three forms of the game. Rabada believes Kohli is the one batsman who pushes him to give his best on the field. The South African pacer has enjoyed some great battles with Kohli and they both look to outgun each other on the field.

Kohli is the most consistent batsman in all the three forms of the game. In fact, the right-hander is the solitary International batsman to have an average of more than 50 in the three formats. Kohli averages 53.63 in the Test fold, 59.34 in ODI format and 50.8 in the T20I version.

Furthermore, Kohli always likes to be in the contest. The right-hander wants to win the crucial stages of the match and he is the one who generally attacks the best bowler of the opposition.

When India had toured South Africa back in 2018, we had seen some great battles between Virat Kohli and Kagiso Rabada who both were not giving an inch to each other.

“If you look at one day cricket, I’d say Virat Kohli is the most consistent performer, he is consistent in Test cricket as well.

“I even like the work of Ben Stokes, Steve Smith, Kane Williamson,” Rabada said on a chat show.

Meanwhile, Kagiso Rabada has dismissed Virat Kohli twice each in the Test and ODI fold whereas he has got him out on a solitary occasion in the T20I version.

Kohli has scored more than 21000 runs and he has 70 centuries under his belt. The right-hander has already broken a plethora of records and looks all set to break many more.

On the other hand, Kagiso Rabada has been South Africa’s best bowler and he is also one of the best in the world. Rabada has impressed with his pace and skills and he is generally right on the money.