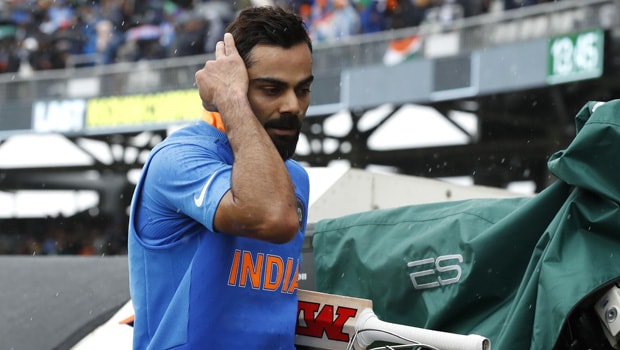 Former Indian legendary batsman Sunil Gavaskar has stated that Virat Kohli has been the most impactful ODI player for India in the last decade. Kohli has been instrumental in the success of the team over the years in the 50-overs format and he has played a key role for the team.

Kohli has done a terrific job for the team in the ODI version of the game, especially whenever the team has chased. The right-hander has scored 12040 runs in his ODI career of 251 matches at an unbelievable average of 59.31. Furthermore, Kohli has an average of 96.21 in India’s successful run-chases and he is rightly known as the chase master.

Kohli recently became the fastest batsman to score 22000 International runs and 12000 ODI runs getting there in 462 and 242 innings respectively as surpassed Sachin Tendulkar’s record. The right-hander has mostly batted at the top of his game and he sets up the run-chase with great success.

The talisman has been a consistent performer for the team and he has ticked the right boxes in his career. Kohli has played a key role in the success of the team with players like Shikhar Dhawan, Rohit Sharma, MS Dhoni and Jasprit Bumrah.

“I think if you look as an individual then certainly it’s got to be Virat Kohli, because if you look at the number of matches he’s won for India when India has been chasing big scores,” Gavaskar said while speaking on Star Sports show Cricket Connected.

“I look at the impact a player has had, and not just the runs or wickets that he has taken, and in that aspect you have got to say that in this decade it really has been Virat Kohli who has had the most impact on the matches that India has won,” he added.

Kohli will lead India in the first Test match against Australia, which will be played at Adelaide Oval from December 17.