Home » Cricket » Virat Kohli is the number one batsman in the world, nobody can match him – Sarfaraz Ahmed

Virat Kohli is the number one batsman in the world, nobody can match him – Sarfaraz Ahmed 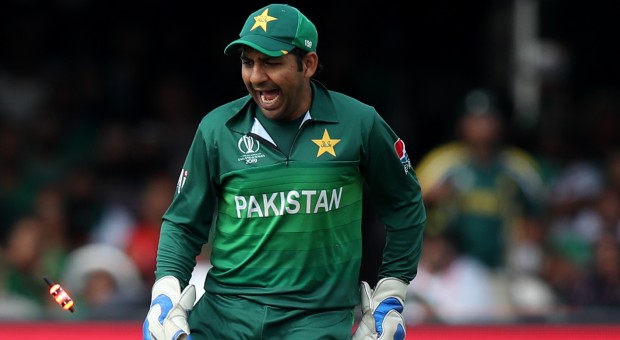 Former Pakistan captain Sarfaraz Ahmed stated that Virat Kohli is the number one batsman in the world and nobody can match him. Cricket pundits have often compared the likes of Virat Kohli, Kane Williamson, Steven Smith, David Warner, Rohit Sharma and Joe Root. However, Ahmed feels Kohli is way ahead of the rest of the batsmen.

The right-hander is also one of the best chasers in the 50-overs format and his record speaks for himself. Kohli has an average of 96.21 in India’s successful run-chases.

On the other hand, Sarfaraz Ahmed praised Rohit Sharma for his timing. The Indian opener has also done a fine job in the white-ball format and he is a pivotal cog in India’s limited overs side. Rohit has batted at the top of his game in the last seven years and he is one of the best white-ball batsmen of the current era.

“In today’s time, there should be no doubt, it is Virat Kohli who’s the world’s number 1 batsman,” Sarfaraz told CricTracker. “But, as I have told you before that when I have been behind the wicket, I have felt that although Rohit Sharma does not have that many runs in Test matches, the timing that he has is great. But the number one player in the world is definitely Virat Kohli. Nobody can match him.”

Virat Kohli is the number one ODI batsman in the ICC rankings whereas the Indian skipper occupies the second place in the ICC Test rankings. Kohli has scored more than 21000 International runs and he has already scored 70 International centuries. Thus, Kohli is a modern giant and he has batted at his best in his illustrious career.

Subsequently, there are not many batsmen who come close to the brilliance of Virat Kohli. The right-hander has scored runs in every condition and against a quality bowling line-up. Ergo, Kohli would look to continue his good show when he returns back to action. Furthermore, Kohli is the fittest player in the world which has helped him reach the top echelon of International cricket.