Virat Kohli is very clear what he wants from his team, says coach Rajkumar Sharma 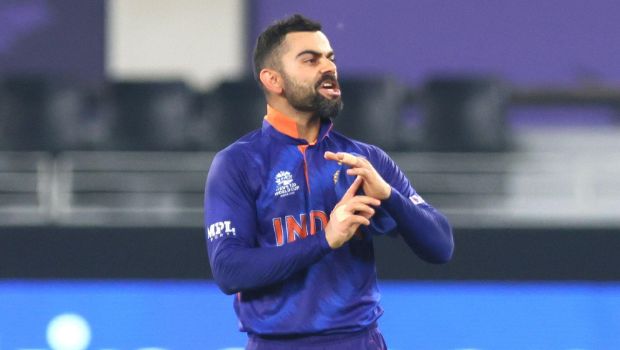 Virat Kohli’s childhood coach Rajkumar Sharma stated that his ward is clear about what he wants from his team.

Kohli has been leading India for a long time but he was recently sacked as the ODI captain of the team as the BCCI selectors decided to name Rohit Sharma as the new white-ball captain.

Kohli is known to give his 120% on the field and has a clear vision for the team. The talisman wants to take Indian cricket to new heights and has played a key role in the success of the team both as a leader as well as a batter.

Kohli has said on many occasions that he wants to take Indian cricket forward and he has brought an aggressive approach to the table. The linchpin has also played a key role in the improvement of India’s pace battery and thus the team has savored success in the foreign conditions.

Rajkumar Sharma said on Khelneeti’s YouTube Channel: “Every captain has a different style and a coach has to gel with him. MS Dhoni was captain before Kohli took over. One did not have to say many things to him as he was a cool campaigner, and he also was not very expressive. Kohli, on the other hand, is very aggressive and he is clear of what he wants from his team.”

Rajkumar added that Kohli’s preparation for foreign tours is always top-class and he also helps his teammates in their preparation. However, Kohli hasn’t been at his absolute best in the recent past as he last scored his International hundred back in 2019 against Bangladesh.

“Virat’s hunger for scoring runs has increased now. He’s not been able to score big for a while now. His preparation is always good when he takes on top opposition and he prepares his team like that too. Kohli is BCCI’s blue-eyed boy. He has been leading for several years and is the most responsible representative of BCCI.”