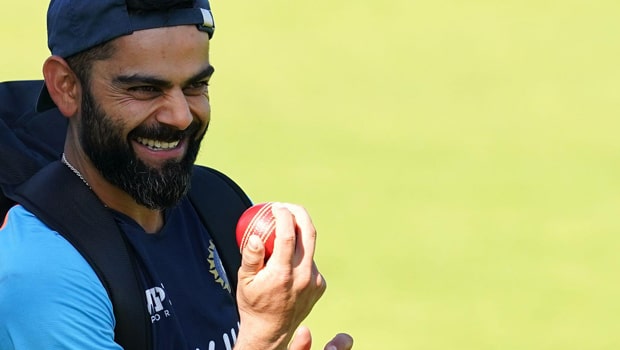 Indian cricket team batting coach Vikram Rathour believes that Virat Kohli needs to be more judicious with his shot selection as he has been dismissed while playing expansive drives both times in the ongoing first Test match between India and South Africa.

The Indian Test team skipper was out caught in the slips by Wiaan Mulder off Lungi Ngidi’s bowling in the first innings for a score of 35, while chasing a delivery wide outside off. In the second innings, Kohli was dismissed caught behind once again off Marco Jansen’s bowling for a meagre score of 18 once again.

Both these dismissals have been similar to the way he has been getting dismissed of late. Kohli is someone who likes to play the drive on the off-side and has always been pretty strong whole doing that as well. But the same strength has become his weakness right now.

“These are shots which brings him (Kohli) lots of runs and it’s his scoring shot. He needs to play that shot and I think it is always your strength that turns out to be your weakness as well,” Rathour said after the end of the fourth day’s play.

Sachin Tendulkar had faced a similar problem during his career but he famously scored 241 against Australia I’m Sydney while curbing his instinct of playing a cover drive. At the end, he didn’t play even a single cover drive in that innings. But Rathour believes that merely curbing that instinct isn’t going to solve that issue.

“If you don’t play a certain shot, you will never get out playing that shot. You will never score runs as well. Now, when to play that shot, that’s the part there are constant discussions.

“Was it right all and right stage to play that shot? If we can tighten up our game-plans a little more, that will be better. So that’s the shot he (Kohli) plays well and he needs to carry on playing that shot but he needs to pick better balls,” Rathour added.

Kohli has now gone a second straight year without scoring even a single century in any format. He is stuck at 70 international centuries right now and the fans have been eagerly waiting for his 71st ton for the last two years. It remains to be seen if Kohli will be able to end his century drought soon but the bigger issue right now is to sort his habit of getting dismissed to cover drives, and he will be eager to deliver with a better performance in the upcoming matches.