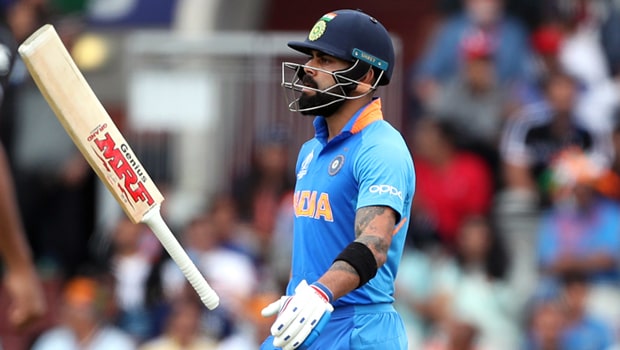 Virat Kohli is as good a batsman in T20Is as he is in the other two formats. In fact, he is a gigantic figure in this format with 2369 runs to his name at an excellent average of 49.35. His run tally is the second highest in the entire T20I history so far and his batting average is also the second best among batsmen who have scored at least 500 runs in this format. (for more Virat Kohli latest news)

The records don’t stop there as he has the joint-highest number of fifty-plus scores (21) in T20Is as well. Moreover, there is hardly any bowling unit he hasn’t bossed in his career. Batting averages of 64.88, 64.50, 84.66 and 94.33 against teams like Australia, Bangladesh, Pakistan and Sri Lanka are testimony to that fact. While these statistics are outstanding, his averages of 45.42, 49.25 and 31.45 against West Indies, New Zealand and England are good numbers too. He has played at least four innings against all these sides and doesn’t average below 30 against any of them. So, that tells a lot about how prolific he has been as a batsman against all these units.

Yes, he averages a meager 4.50 against Ireland but he has played only two innings against them. However, South Africa is the only side against whom he has had more than four outings and, yet, averages below 30.

Virat Kohli has only 173 T20I runs to his name in seven outings against South Africa at an average of 28.33. While that is a decent number for other players, it doesn’t quite justify the Indian skipper’s lofty standards as a batter. In fact, he has only one fifty-plus score against them, an unbeaten knock of 72 which came way back in 2014. Take that out and Kohli will average a dismal 16.83 in six outings against the Proteas. And he has registered single-digit scores thrice in those outings.

So, it might look like the South African bowlers have had the upper hand over Kohli. But that might just change when India take on South Africa in the first T20I of the three-match series at Dharamsala on Sunday. The last time these two teams played at this venue in 2015, Virat Kohli news projected that he  played a stroke-filled knock of 43 off just 27 deliveries. Yes, he couldn’t convert it into a big score but it was delightful to watch as long as it lasted. And as he takes on the same team at this venue four years down the line once again, he would be eager to notch up a big score and start from where he left off in 2015.