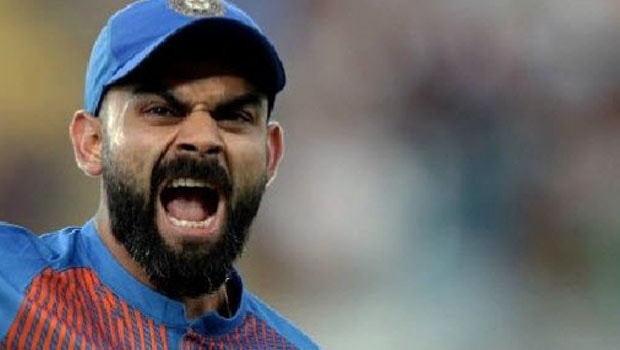 The Indian captain Virat Kohli has been continuously playing for over a decade and it is a difficult job to pick one match as his favourite. There have been many matches which are close to Kohli and he has been instrumental in the success of the team in many games. Pertinently, the 2011 World Cup final win against Sri Lanka sits at the top of the favourite matches for Kohli.

In fact, Kohli had earlier revealed that he hadn’t felt that emotional after the 2011 World Cup triumph as he had just begun his International career back then. Meanwhile, Kohli rated the 2016 World T20 group match against Australia as his favourite match, which was played at Mohali.

India was chasing 161 runs but the hosts didn’t have a great start as they lost three wickets within the first eight overs for 49 runs. The pressure was on Kohli to deliver the goods and the talisman didn’t disappoint as he scored half of the team’s runs.

Kohli scored an unbeaten knock of 82 runs off just 51 balls to help India register a six-wicket win. The right-hander was awarded the Man of the match and this win helped India in booking their semi-final berth against West Indies.

“Apart from the 2011 finals, my other favourite match from the atmosphere and importance of the game point of view would be the 2016 T20 quarter-finals against Australia in Mohali,” Kohli said while speaking on Star Sports Cricket Connected.

Kohli was able to hit the ground running in that match and he was in sublime form. In fact, Kohli had finished as the second highest run-getter of the 2016 World T20 as he scored 273 runs in five innings at a staggering average of 136.50 and a whirlwind strike rate of 146.77. However, India’s journey was put paid by the West Indies, who eventually went on to win the tournament after defeating England in the final.

Meanwhile, Kohli has been superb in the run chases. The right-hander knows how to plan his innings and he has helped the team cross the final line on many occasions. The Delhi born has scored more than 21000 International runs and he has already scored 70 centuries.