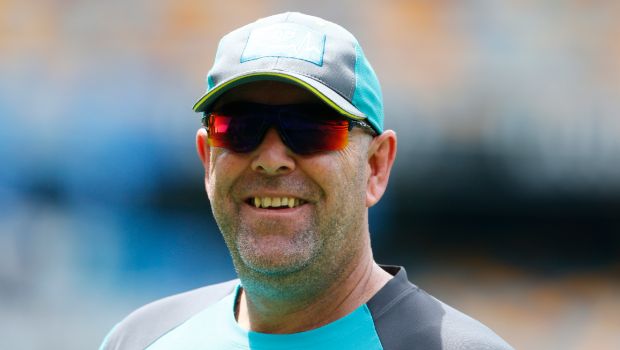 Kohli’s hunger to win and passion is always palpable as he gives his 120% on the field.

There is no scope of any kind of leniency in Kohli’s efforts and the talisman gives his all on the field. The right-hander always wants to give his best and he is one of the most consistent batsmen in the world.

Kohli has done a fine job for the Indian team and he likes to take the opposition head on. The right-hander always pushes the envelope every single time he steps on the field and plays with a lot of determination.

“That’s just the way he plays; he plays full of energy and doesn’t want to lose,” Darren Lehmann told Sydney Morning Herald according to news agency PTI. “He always pushes the boundaries, but that’s what great players do. He wants to win every game. That was one of the more fiery ones [2017 series] going around in recent years,” Lehmann said.

On the other hand, former Indian head coach Greg Chappell was all praise for the Indian captain. Kohli has always spoken on the right track for the future of Test cricket and he has always backed the oldest form of the game. Chappell is impressed by Kohli’s views and heaped praise on him for the same.

Meanwhile, Virat Kohli will only play the first Test match against Australia and he will head back to India to be with his wife, Anushka Sharma for the birth of his first child. Thus, Kohli will miss the remaining three Test matches and it is a big blow for the Indian team. India’s vice-captain Ajinkya Rahane is expected to lead the series in the absence of a full-time skipper.

The first Test match will be a pink-ball contest, which will take place at Adelaide Oval from December 17. The ODI series will kick off from November 27 at the SCG.