Virat Kohli reveals how he changed his fitness after IPL 2012 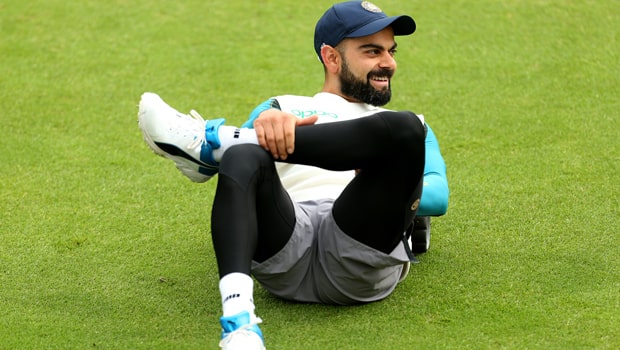 The Indian captain Virat Kohli has come a long way in his career. Kohli has worked hard and he has been able to reap the fruits. Currently, the right-hander is the best batsman in all the three forms of the game and he has been a consistent performer across formats.

Meanwhile, Kohli was on the chubby side when he started playing at the top level. It was after IPL 2012 that Kohli realised he would need to turn the tables to be more successful at the International stage. Kohli then decided to work on his fitness and since then he hasn’t looked back.

Kohli spent a lot of time with trainer Shanker Basu in the gym and also completely changed his eating habits. In fact, Kohli admitted he was eating unhealthy food and there was no control on his diet. However, when Kohli noticed the opposition players are fit as a fiddle, he thought of changing his methods.

Kohli also wanted to play in all the three forms of the game and thus he decided that he would need to be at the top of his fitness to compete at the biggest level.

Kohli is known to play with great passion and he always likes to give his 120% on the field. Thus, he had to improve his fitness level to be able to play with that kind of energy he always wants in his game.

“Had to do with the game completely. 2012 IPL I came back home, saw myself, I was disgusted and I wanted to change myself and also to do with the fact that I saw how the dynamics of cricket around the world were changing rapidly. I felt we were far behind in terms of being at the same intensity level as other teams, they were moving far ahead of us in terms of fitness levels,” Kohli told Mayank in a chat on his show Open Nets with Mayank on BCCI.TV.

“The ability to bring that intensity in every session, every spell, every hour of batting, even in fielding sessions, stopping that one run or having that magical run-out. They were just able to do it with so much regularity that we were not able to keep up with that,” the Indian skipper added.

Meanwhile, Kohli was able to achieve great success after improving his fitness. Kohli is known to give his best every time he turns out on the field and his fit body has helped him in the same.

In fact, Kohli has instilled confidence in the Indian players and they have also worked hard on their fitness. Currently, the Indian team is one of the fittest units in the world and thus they have been able to perform at their best.