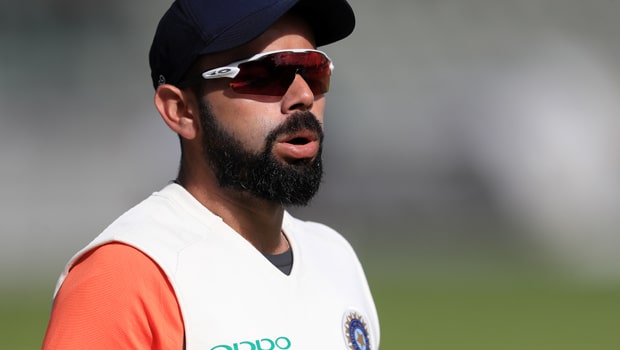 Indian skipper Virat Kohli has revealed one of the tips of his success.

Kohli revealed that he analyses every minute thing about the bowler before facing a ball. He made the revelation while speaking with Indian cricketer Mayank Agarwal in the Latest Episode of the ‘Open nets with Mayank.’

When asked how he gets ready to face the next ball, the right-handed batsman, who has 70 centuries across all formats, said he researches how the bowler holds the ball, his wrist position, and the body language when bowling a certain kind of delivery.

This means the skipper had done his homework before coming on the pitch.

He said this is an amazing feeling because he would outsmart the bowler by getting boundaries off him on many occasions.

He noted that with such findings, the bowler bowls where he had thought, and then he smashes it out of the park.

So, Kohli said the batsman must be aware of what the bowler will come up with. He also said being too focused on one’s fears won’t allow the batsman to notice anything as worries would have overshadowed his mind.

But being ready takes the fear away. In this state of mind, the batsman, he said, will think how can he use what best in front of him to come on top of the situation.

The Indian skipper is widely known for gathering a lot of runs. This has made many to call him the run-machine, with many records under his belt.

Kohli and Mayank would be returning in action for Royal Challengers Bangalore and Kings XI Punjab, respectively, in the Indian Premier League (IPL) scheduled to start from September 19 in the UAE.