Virat Kohli reveals the lowest point of his career 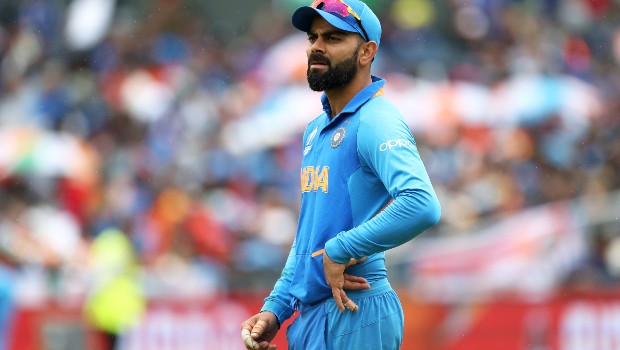 The Indian skipper Virat Kohli has opened on the lowest point of his illustrious career. Kohli revealed that the England tour of 2014 was the nadir of his career. The right-hander struggled against the swinging conditions and failed to get going. The talisman could only gather 134 runs in the five Test matches at a paltry average of 13.4.

Kohli revealed he felt under confident whenever he walked out to bat in the English conditions. The Indian captain was not at his best and felt that he would get out each time he went out to bat. Kohli felt as if there was no chance of him getting the runs.

Virat was under immense pressure and he just could not get himself in the positive mindset. The likes of James Anderson and Stuart Broad continuously troubled him with the moving ball and he had no clue what was going on.

“I think the lowest point in my career was the England tour in 2014. That’s one phase where I felt like I knew I would get out when I woke up in the morning. I felt like there was no chance I would get runs, ” Kohli said while speaking to Kevin Pietersen in a live Instagram interaction.

“Still to get out of bed, to get dressed and go out there knowing I will fail demolished me completely, ” Kohli added.

Kohli observed the reason behind his failure was that he was too focused to do well on a personal level. He was thinking about himself rather than the team’s cause, which led to his downfall on the tour.

“I promised myself that I will never let myself feel like that ever again. That happened because I was too focussed to do well on a personal level. I wanted to get runs and I could never think of what the team needed. I was too engulfed with the England tour and wanted to establish myself. I went into a downward spiral and I could not get out of it, ” he said.

Subsequently, Virat Kohli was able to turn the tables in the forthcoming tour of Australia in 2014-15. Kohli had scored 692 runs in the four Test matches at a staggering average of 86.50. The linchpin is now one of the consistent batsmen in the world and has an average of more than 50 in all the three forms of the game.