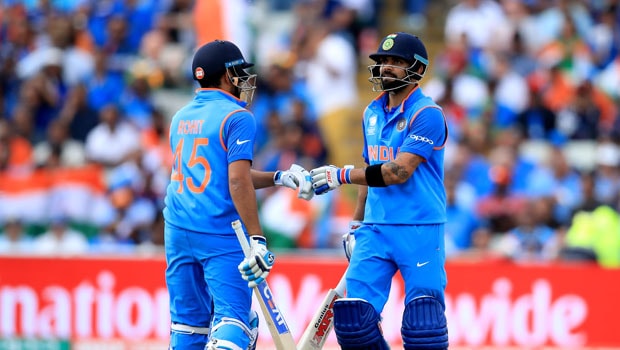 Former Indian opener Gautam Gambhir said captain Virat Kohli and his white-ball deputy Rohit Sharma should back the budding youngsters like the way MS Dhoni did. Dhoni used to put his weight behind the young players and got the best out of them. The former skipper backed his youngsters to the hilt and reaped fruits for the same.

On the other hand, it is well known that MS Dhoni played a key role in the success of Rohit Sharma. Rohit was struggling to make a mark in International cricket till 2013. The right-hander used to get off to starts but he would often throw away his wicket at a crucial juncture of the match. Thus, he was always in and out of the national team.

In the 2013 Champions Trophy, the then Indian captain MS Dhoni decided to promote Rohit to the opening slot and the rest is history. The flamboyant batsman grabbed his opportunity with both hands and he hasn’t looked back since then. In fact, Rohit had scored only two centuries in his first 98 ODIs whereas he scored 27 hundreds in his next 119 ODIs.

Thus, Dhoni was able to get the best of Rohit by promoting him to the opening position. In fact, it is also well known that the best batsman of the team should get the opportunity to face maximum balls and hence it was a masterstroke from MS Dhoni.

Ergo, Gautam Gambhir expects Rohit Sharma to back the young players in a similar fashion he received backing from MS Dhoni.

“Where Rohit Sharma is today, it is because of MS Dhoni,” Gambhir told Sports Tak.

“Everything is in the hands of the captain. How MS Dhoni had backed Rohit Sharma over a period of time, I do not think any player has been given such support. And now when Rohit is a senior, I expect him to give backing to youngsters. Rohit is a prime example of how a player can become a phenomenal cricketer, if he has good backing”.

“I expect Virat Kohli and Rohit Sharma to groom the youngsters in the same way in which MS Dhoni groomed them.”

The Indian team management will need to remain patient while handling the young players coming out. It was noticed that the think tank adopted a policy of chop and change and it did haunt the team in the big tournaments. Hence, it is upto the senior players like Rohit Sharma and Virat Kohli to back the young players coming through the ranks to get the best out of them.