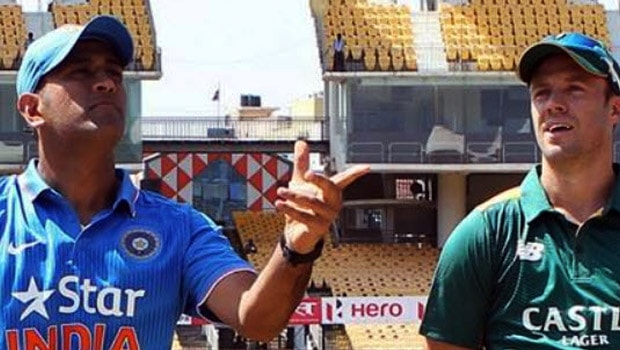 The Indian skipper Virat Kohli has picked former captain MS Dhoni and his Royal Challengers Bangalore teammate AB de Villiers as his all-time favourite batting partners. Kohli is a type of batsman who relies a lot on running between the wickets for his runs.

The talisman is one of the fittest players going around and stealing quick singles or converting the ones into twos is a fulcrum of Kohli’s batting. Kohli is known for his aggressive running between the wickets and he is always pushing for an extra run.

PS: Don't miss @KP24's reaction when @imVkohli says he loves to bat with guys who like to run 🤣🤣👌🏾 pic.twitter.com/llsYbFK6uK

Furthermore, the understanding between Virat Kohli and MS Dhoni is top-class. Both of these talisman batsmen have shared crucial alliances between them for the Indian team. Similarly, Kohli has enjoyed great success for RCB while batting with AB de Villiers.

Virat Kohli stated that it is a pleasure to bat with MS Dhoni and AB de Villiers who understand his calling.

“Two people I’ve enjoyed batting with. I love guys who can run really well and understand my calling and intent to run. MS (Dhoni) while playing for India. AB otherwise. AB and I don’t talk cricket, it’s just amazing to bat with him,” Kohli said while talking to Kevin Pietesen in a live Instagram interaction.

Virat Kohli and MS Dhoni have been instrumental in the success of the team and have taken their side over the line on many occasions. Kohli and Dhoni have collectively scored 1891 runs in 51 innings in the white-ball format at an average of 41.10.

On the other hand, Virat Kohli and AB de Villiers have been superb for Royal Challengers Bangalore. The lynchpin duo has the record of two highest partnerships in the IPL folklore. Both of them had once posted 229 runs vs Gujarat Lions and had also added 215 runs vs Mumbai Indians.