Home » Cricket » Virat Kohli should not be sledged, it gives him oxygen – Dean Jones

Virat Kohli should not be sledged, it gives him oxygen – Dean Jones 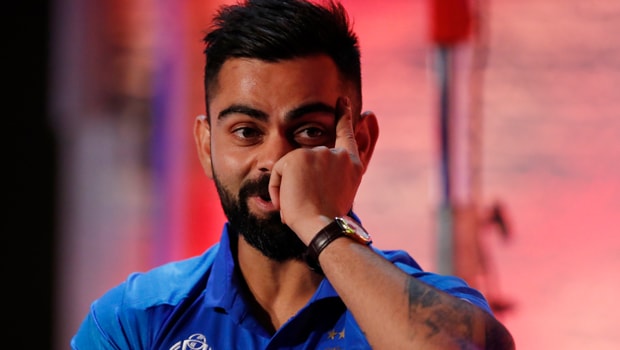 In fact, Kohli gets his fuel if he is sledged from the opposition and he likes to take the bull by its horns. The Indian captain always wants to be in the contest and he is known to give his 120% on the field.

We have seen that Kohli has been at his best especially while playing against Australia. The talisman had taken the attack against Mitchell Johnson on the 2014 tour and he had come on top.

Meanwhile, it was noticed that Australia had gone easy on the 2018-19 tour. In fact, former Australian captain Michael Clarke had stated that the Aussies didn’t sledge Kohli to keep their IPL contracts safe.

Dean Jones said while speaking on Sportscreen’s Youtube channel, “I’ll tell you the reason why they went quiet on Virat. Because we went quiet when Viv Richards came out to bat. We went quiet on Javed Miandad, on Martin Crowe. And there is a reason behind that — You don’t upset the bear, you don’t upset Virat Kohli or MS Dhoni because this is what they like – a confrontation”.

“Don’t give them any oxygen. But I find this reason about not upsetting Virat because of IPL contracts a bit rubbish. Is Virat going to stop anyone from playing? That is down to the coaches and managers”.

It is well known that Virat Kohli performs even better when he is pumped up. In fact, Kohli also looks for ways in which he can get under the skin of the opposition and he doesn’t mind exchanging a few words with the opposition to upset their impetus.

Virat Kohli’s tactics have worked wonders for him and there are no double thoughts in his game. Kohli is known to get the best out of himself if he is put under pressure by the opposition and there is no turning back in his dictionary.