Home » Cricket » Virat Kohli speaks on playing without the fans

Virat Kohli speaks on playing without the fans 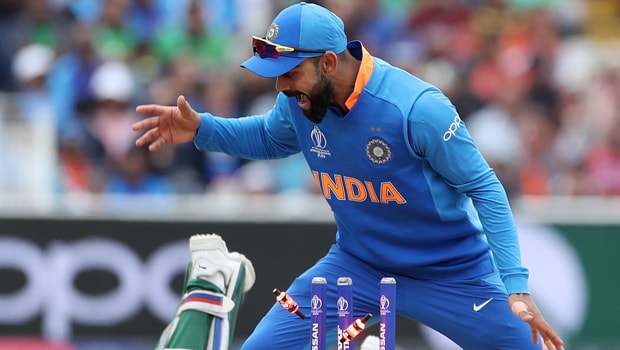 With COVID-19 forcing everyone into their homes, the ease of restriction will come with its sacrifice; which is that the game will have to be played without the fans for now.

This is for safety as the world battles the COVID-19 pandemic that has killed over 250,000 people worldwide.

With the world lacking sporting activities, the government of several countries on lockdown are thinking about the best possible healthy ways to bring back the game.

But without the fans sharing their favourite teams and players, can the magic of cricket be created? Sharing this sentiment is India’s skipper Virat Kohli, who doubts this.

The India captain is wondering how the magic of playing in front of a packed crowd be created when they return to the field in empty stadiums. They would have to cope with this new normal that the post-COVID-19 era brings.

Kohli, who noted this on ‘Cricket Connected’ shared by BCCI on their Twitter handle on Monday, said the games will still be competitive,  but players won’t get any energy from the  supporters.

Having thought about the situation for quite some time, Kohli said that’s what is going to happen, but don’t know how the stakeholders, especially the players will adapt to the new normal, having used to playing in passionate front people.

While nothing cricketers feed off fan’s energy anywhere they play, he said their presence gives them the determination to keep fighting against all the odds.

But with the current situation, players have to find their determination while competing with each other as they won’t be playing against opposing fans as well. This will lead to the absence of collective energy which usually makes the game interesting.

He, therefore, stated that sport will go on but will be lacking the passion it used to have without the fans, although the game will be highly intensive.

In the post-COVID-19 era, players will now create their magic, and there would be less tension around the stadium with no fan at sight.