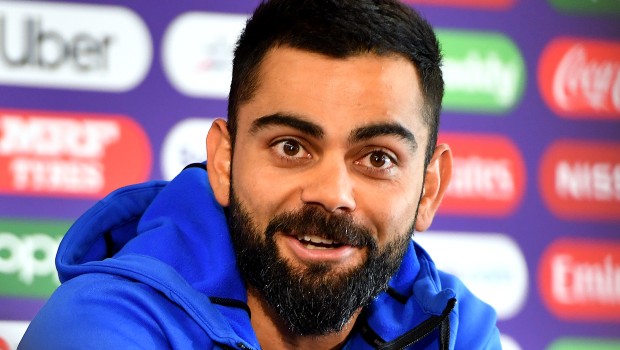 The Indian captain Virat Kohli shared a photoshop image on his Instagram handle, which is the 1000th post on the platform. There are two combined photos as a young 2008 Virat Kohli is fist bumping with the 2020 Virat Kohli. Kohli also gave his gratitude to his fans for the love and support he has received over the years, which has played a key role in his career.

Kohli has come a long way in his career in the last 12 years. The right-handed batsman from Delhi, made his debut back in 2008 and since then he has taken giant strides at the top level. Kohli has completely transformed himself in the last decade and he has worked hard on his game as well as fitness.

Kohli is now the best batsman in all the three formats of the game and he rules the roost in International cricket. The talisman is the most consistent batsman in the world as he has an average of more than 50 in all the three forms of the game. The Indian captain has scored more than 21000 International runs and already has scored 70 centuries at the top level.

Virat Kohli made his International debut against Sri Lanka at Dambulla in an ODI. The right-hander could only score 12 runs in his maiden but turned himself into a force in the next four years.

Kohli has been at his best after the 2011 World Cup and announced himself at the big stage in the 2012-13 season. The right-hander was not at the top of his fitness in his formative years but he was able to turn the tide and worked hard in the gym and the training sessions to completely transform his career. Kohli hasn’t looked back since then and he has ticked the right boxes in his career.

Kohli is also leading the Indian team from the front and he is doing a fine as the captain in getting the best out of the players.

Kohli’s post read as, “With many learnings along the way, I’m grateful for your love and support you guys have shown me. ♥️ Here’s to the #1000thPost”.