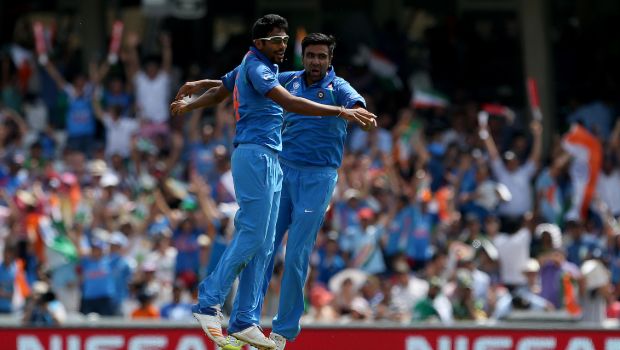 The Board of Control for Cricket in India president Sourav Ganguly has revealed that Virat Kohli wanted Ravichandran Ashwin to be part of the T20 World Cup squad.

Ashwin was surprisingly included in the T20 World Cup team and he made a comeback to the limited-overs team after a hiatus of four years.

Ashwin had been performing consistently in the IPL and he got his chance in the T20I showpiece. However, the veteran off-spinner didn’t get to play in the first two crucial matches against Pakistan and New Zealand, which India went on to lose.

Ashwin got the opportunity to play against teams like Namibia, Afghanistan, and Scotland. The willy off-spinner scalped six wickets in these three matches and bowled with an impressive average of 10.50 and a parsimonious economy rate of 5.25. Furthermore, Ashwin also did a good job with the ball in the three-match T20I series against New Zealand.

Meanwhile, it was earlier reported that there could be some rift between Virat Kohli and Ravichandran Ashwin as the veteran spinner was not included in the playing XI in the four-Test matches against England and Ravindra Jadeja was preferred ahead of him. However, Ganguly’s statement gives a different view to the story.

In a candid interaction on the chat show ‘Backstage with Boria’, the BCCI president said: “I wasn’t sure whether he would be part of the white-ball team again. But then Virat Kohli wanted him to be part of the World Cup. And, whatever little bit of opportunity he got, I thought he was superb.”

Meanwhile, Ashwin has been brilliant in the red-ball version over the years and he has done a fine job. The off-spinner scalped 14 wickets in two-match Test series against New Zealand and he was awarded the Player of the series.

The former India captain added: “Everybody speaks about him. Look at Rahul Dravid’s statement after the (Kanpur) Test match – he called him an all-time great. You don’t need rocket science to judge Ashwin’s talent. My appreciation just comes from what I see. It may be Ashwin, it may be (Shreyas) Iyer, it may be Rohit (Sharma), it may be Virat (Kohli).”

Ashwin will be India’s first-choice spinner in the upcoming Test series against South Africa as Ravindra Jadeja has been ruled out due to injury. The first Test match between South Africa and India will be played at Centurion from December 26.