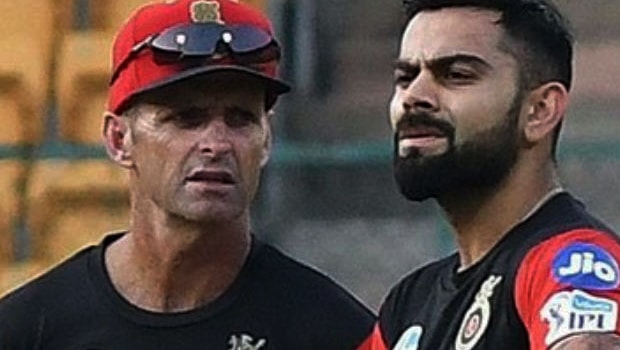 Former Indian head coach Gary Kirsten reckons that the current captain Virat Kohli wasn’t operating at his best in the early stages of his career. Kohli has achieved great success in his illustrious career but Kirsten, who observed the Delhi batsman from close corners, reckons that Kohli was not a finished product in the formative years of his career.

However, Kohli always had the zeal to improve himself and he asked the right questions from the coaches and the seniors. Consequently, Kohli kept improving himself and got the best out of himself. It was Kohli’s determination to put in the hard yards that got the results for him and he was able to get going in his career.

The Indian captain always wanted to give his 120% on the field. Kohli has the hunger to improve and he would keep working hard to up his game. The results were palpable as Kohli is now the best batsman in all the three forms of the game.

“When I met Virat first up, he had great abilities and talent and he was a young guy. But I kind of knew straight away that he wasn’t operating in the best version of himself. So we had a number of discussions,” Kirsten said on The RK show on YouTube.

On the other hand, Gary Kirsten recalled a match when Kohli played an aerial shot and got out after he was looking in fine touch. Kirsten, who has all the experience, told Kohli to play more down the ground rather than the air to minimise the risk of getting out. Subsequently, Kohli took this to his heart and got a century in the next ODI at Kolkata.

Meanwhile, Kohli is not known to take any kind of risk and he believes in playing conventional shots in all the three forms of the game. In fact, even in the T20I format, Kohli follows the same technique and looks to time the ball rather than bludgeon it. The right-hander hardly has any chunk in his armour and as he doesn’t take the aerial route, it makes him harder to dismiss.

Kohli has scored more than 21000 International runs and he already has scored 70 centuries. Ergo, he is currently the most consistent batsman in the world and always looks to give his best.